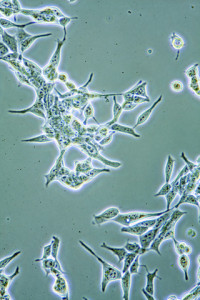 There are actually more than 3,000 enzymes in your body, each with a specific function. You cannot survive without them, as enzymes act as catalysts for countless biological changes that take place in living organisms.

Some experts, such as Dr. Edward Howell, believe that you are born with a limited supply of enzyme energy, and if you don’t consume enough enzymes via your diet (in raw foods, for instance), your digestive system will become stressed and unable to properly break down your food. This could lead to a reduced availability of metabolic, i.e. proteolytic, enzymes, which he believed was at the root of most chronic health problems.[i]

While it used to be thought (for more than 100 years) that enzymes consumed orally were not absorbed by your digestive tract or bloodstream, research has proven this to be wrong. Orally consumed proteolytic enzymes can, and do, pass through your digestive tract and into your bloodstream for systemic effects,[ii] according to researchers, and this includes a potential role in fighting cancer.

Although ACS states that “available scientific evidence does not support claims that enzyme supplements are effective in treating cancer,”[iv] there is good reason for further study.

Have You Heard of Dr. Gonzalez or the Gerson Therapy?

Dr. Max Gerson developed the Gerson Therapy in the 1930s, and today it is most well known for its role in cancer. The Gerson Therapy is a multi-faceted approach involving dietary changes (organic and plant-based) and detoxification, but enzymes are at its foundation. In addition to “copious amounts of fresh, organic juices” that are consumed every day “providing your body with a super-dose of enzymes,” patients also receive a pancreatic enzyme supplement.[v]

According to one study conducted by the Gerson Research Institute, when patients with melanoma, colorectal cancer, and ovarian cancer were treated with surgery and Gerson therapy [including systemic enzymes], survival rates were higher than would normally be expected …”[vi]

The Gerson Therapy is not the only ‘alternative’ cancer treatment that involves proteolytic enzymes. Dr. Nicholas Gonzalez also uses pancreatic enzymes to treat cancer patients, with research showing “an aggressive nutritional therapy with large doses of pancreatic enzymes led to significantly increased survival over what would normally be expected for patients with inoperable pancreatic adenocarcinoma [cancer].”[vii]

Separate research also suggests that people taking pancreatic enzyme supplements may have less severe side effects while undergoing radiation therapy compared to those taking a placebo.[viii] In the US, at least one enzyme preparation is currently being studied for use along with chemotherapy in cancer patients, according to ACS.[ix]

Part of what makes proteolytic enzymes so beneficial is their ability to breakdown scar tissue in your body. What does this have to do with cancer? Dr. William Wong, ND, PhD, explained:[x]

“CA (cancer) cells are covered with fibrin (the same stuff scar tissue is made of). Then as the cells glom together to form tumors these growths themselves are armored with fibrin. This thick protective coating is designed to prevent the body’s own defenses (i.e. Natural Killer cells, White blood cells or Oxygen) from getting inside the cell or tumor to destroy it.

Would it not make sense to have something strip away the outer fibrous wall of CA so that whatever agents we are using as medicine, whether natural or otherwise, can actually get into the cell and do their job?”

Systemic enzymes eat away at scar tissue; it’s their ‘claim to fame,’ and perhaps the reason why many doctors in Europe use enzymes as part of their cancer treatment plans as a matter of course.

Proteolytic Enzymes Are One of Nature’s Most Powerful Inflammation Fighters

This is important, because chronic inflammation plays a well-established role in the growth and spread of cancer. It’s no coincidence that many chronic inflammatory diseases, including pancreatitis and Crohn’s disease, increase your cancer risk, too, as do inflammatory conditions like hepatitis B or C infection, which can cause liver cancer. According to Cancer Research UK:

“… It’s clear that fledgling tumors hijack inflammation and use it to accelerate the progression towards full-blown cancer. As one of our own experts once commented, “If genetic damage is the match that lights the fire, inflammation may provide the fuel that feeds the flames.”

Here, too, systemic enzymes help, as they are powerful anti-inflammatories. And, systemic enzymes appear to stimulate your immune system, making them useful for both infectious and chronic diseases alike. Researchers noted in Medical Hypotheses:[xi]

“Numerous publications reveal that oral proteolytic enzymes are able to stimulate directly the activity of immune competent cells as well as to increase efficiency of some of their products.”

Systemic enzymes are very safe with few, if any, side effects, which is why so many people use them for everything from general well-being to more serious issues like cancer.

Why It’s Important to Replenish Your Enzyme Supplies

Proteolytic enzymes are naturally produced in your pancreas, but your natural production declines with age; these inflammation-busters become largely depleted as you hit 40 and over. In fact, a newborn baby has 100 times more enzymes than an elderly person, and even a 20-year-old has double the enzyme levels of a 70-year-old. If you have blood-clotting disorders, chronic fatigue, high cholesterol, obesity or other chronic health ailments, these could be signs that you’re already enzyme deficient.

If you don’t eat perfectly (including raw foods on a daily basis), the chances that your body is lacking in these crucial catalysts is even higher.

Fortunately, there’s Heal-n-Soothe, the best systemic enzyme formula to replenish your body’s supply of vital enzymes. Heal-n-Soothe®” not only gives you the healing power of systemic proteolytic enzymes but also other natural anti-inflammatories (some of which have their own anti-cancer effects). This includes:

Heal-n-Soothe now as 2X MORE proteolytic enzymes than before … it’s new and improved, for maximum pain- and inflammation-fighting power! Find out more now.

1 thought on “Can This Natural Secret Fight Cancer?”