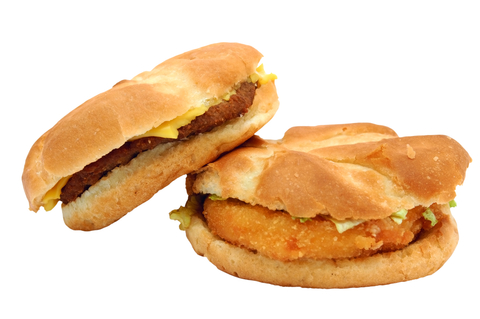 Monosodium glutamate (MSG) is a food additive that’s used to add a savory flavor to foods like processed meats, canned vegetables, soups, and much more.

When you eat food that’s been ‘enhanced’ with MSG, you’ll think it tastes more satisfying, more full of flavor, and more “meaty” than it actually is.

Many people experience a range of health symptoms when they eat MSG, which is actually the sodium salt of the amino acid glutamic acid. These reactions have been acknowledged by the U.S. Food and Drug Administration (FDA) and include:[i]

This collection of symptoms, now known as “MSG symptom complex,”[ii] was once known as “Chinese Restaurant Syndrome” because Chinese restaurants were one of the most avid users of MSG in their seasonings. Ironically, it was not China where MSG was first discovered, but Japan.

Japanese professor Kikunae Ikeda was the first to extract glutamate from a commonly eaten seaweed broth in 1908. He determined that the glutamate was responsible for the soup’s savory taste, and he patented the product the next year.[iii] In the United States, MSG was first widely used to make military rations more palatable, although it quickly took off in the food industry from there. According to the FDA, which considers MSG “generally recognized as safe”:[iv]

“Today, instead of extracting and crystallizing MSG from seaweed broth, MSG is produced by the fermentation of starch, sugar beets, sugar cane or molasses. This fermentation process is similar to that used to make yogurt, vinegar and wine.”

It doesn’t sound so bad, does it? And despite its increasingly bad reputation, there’s been a resurgence of media reports, including an interesting article on the similarities between MSG and the flavor umami in the Smithsonian,[v] that imply MSG is getting a bum rap.

Is MSG the Same as Natural Glutamates in Your Food?

At issue over whether MSG is truly dangerous or not is glutamic acid, an amino acid that’s common in virtually every food, especially protein-rich foods like meat, eggs, cheese and fish (although it’s also found in grain, beans, vegetables, mushrooms, sea vegetables and more). The argument for MSG goes that glutamic acid, or glutamate, is the same whether it’s in the form of MSG or Parmesan cheese. For instance, the FDA estimates that “an average adult consumes approximately 13 grams of glutamate each day from the protein in food, while intake of added MSG is estimated at around 0.55 grams per day.”[vi]

This again seems to paint MSG in a favorable light … until you examine a very important factor — whether the glutamic acid is ‘bound’ or ‘free.’ As reported in the Smithsonian:[vii]

“Glutamtes that occur naturally in food come intertwined with different chemicals or fiber, which the body is naturally inclined to regulate, explains Amy Cheng Vollmer, professor of biology at Swarthmore College. MSG, however, comes without the natural components of food that help the body regulate glutamic levels. It’s like taking an iron supplement versus obtaining iron from spinach or red meat: the iron supplement creates an expressway between the iron and your bloodstream that you wouldn’t find in natural iron sources. “The bottom line here is context is everything,” Vollmer adds.”

… When we eat food containing protein, our body breaks it down or hydrolyzes it in the stomach and lower intestines through the action of hydrochloric acid and digestive enzymes. In a healthy person, the body controls the amount of glutamic acid that it takes from protein. Excess glutamic acid is not stored by the body, preventing toxicity. It is passed off as waste. Utilized this way, glutamic acid from eating protein is harmless.

In the chemical MSG manufacturing plant, however, the bound glutamic acid in … foods is broken down or made ‘free of protein’ by various processes (hydrolyzed, autolyzed, modified or fermented with strong chemicals, acids, bacteria, or enzymes, which are often genetically modified) and refined to a white crystal powder that resembles salt or sugar. Chemical MSG contains 78% glutamate, 12.2% sodium, and 9.6% water. This chemical form is known as D-glutamic acid. It usually contains some L-glutamic acid, pyroglutamic acid, and other contaminants. This factory made version causes serious reactions.

… When pure, manufactured, MSG is ingested a rapid effect occurs from the glutamate. This ‘free of protein’ glutamic acid, or glutamate unlike the naturally occurring ‘protein bound’ glutamate, is not attached to other amino acids. The normal digestive disassembly process does not happen because there are no ‘peptide’ bonds to slow the process. The sudden increase in free glutamic acid is then rapidly absorbed and can raise blood levels of glutamate eight to ten times causing toxicity.”

What are Some of the Health Dangers of MSG?

Neurosurgeon Dr. Russell Blaylock describes MSG as an excitotoxin — a substance that literally stimulates neurons to death, leading to brain damage of varying degrees.[ix]  Even the FDA acknowledges that consuming MSG may cause “headache, numbness, flushing, tingling, palpitations, and drowsiness” in sensitive individuals, but according to Blaylock these are only the obvious symptoms.

According to his research, MSG may cause “silent damage” in your brain that causes few symptoms yet can eventually lead to destruction in major portions of your brain, similar to damage that could cause Alzheimer’s disease, Parkinson’s and other brain ailments.[x] Recent animal research has also found that long-term intake of MSG may cause destruction of retinal cells[xi] and may even be linked to obesity[xii] and problems with the endocrine system, digestion, blood pressure, lungs and more.

By far, however, the worst of the damage appears to be neurological in nature. As reported by MSG Truth:[xiii]

” … during periods of hypoglycemia where low blood glucose levels leave the brain with low defenses, or allergy response where the blood vessels become “leaky,” MSG may cross the blood brain barrier and damage brain cells by excitatory neurotoxicity. By affecting the pancreas and creating a situation of hypoglycemia, MSG may bring down the brain’s barriers, carrying it’s own key, in a sense, to get to the brain.”

Avoiding MSG is simple if you eat mostly whole foods — grass-fed organic meats, cage-free eggs, produce, nuts, legumes, organic dairy and other real foods. The problem comes in if you eat processed foods or fast foods at chain restaurants, many of which contain MSG, sometimes multiple times in one product.

To avoid MSG you’ll need to avoid not only “monosodium glutamate” and “MSG” but also a myriad of other ingredients that often contain it. TruthinLabeling.org currently has the most comprehensive list of the more than 40 ingredients that contain MSG, updated as of March 2014:[xiv]

As you can see, avoiding MSG in processed foods is no easy task, which is why sticking with a whole-foods diet is always the easiest option. There’s no need to list the ingredients in a carrot or a bag of apples, for instance … and this is a clue that they’re among the best foods to put in your body.

The 5 Most Dangerous Pain Medications (SURPRISING!)

[ix] Excitotoxins: The Taste That Kills