Does Your City Make You Sick? 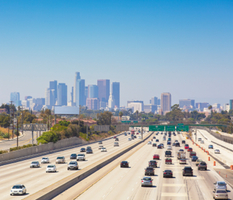 The chances are good you live in or near a big city. More than half of us already do, and that number is predicted to rise to nearly 70 percent within the next 40 years. So are you living in or near one of the 10 most stressful cities in America?

It comes down to a distinct difference in brain structure between city dwellers and country folks. Researchers came to that conclusion after scanning the brains of 32 German students bombarded with negative feedback they heard via headphones while completing a series of math tests.

The Sounds of Failure

The social stress of hearing the “sounds of failure,” researchers say, activated different parts of the patients’ brains. Interestingly, two regions — the amygdala (emotion-processing) and cingulate cortex (negative-emotions generator) — were activated specifically or more strongly in the brains of patients living in the big city.

In fact, the relationship between those portions of the brain and geography was so distinct, scientists conducted a second experiment on 23 more patients, adding negative visuals to the mix just to be sure… The link between brain activation and geography remained the same in the second group.

The 10 Most Stressful Cities

Apart from what lurks in our brains, and bad commuting habits, Portfolio.com identified other random but important qualities that make or break the mental health of city dwellers. Unfortunately, we have very little control over many of them, including unemployment, sunshine, housing costs and income growth.

Still, cities of course have many fantastic qualities, which is why people flock to them … though they can feel like they are filled with people who learned how to use a car at the Mr. Magoo Driving School and pay more attention to their mobile phones than the road.

Here are the 10 most stressful cities, based on Forbes’ latest list:

(Check out Portfolio.com’s 2010 list for their slightly different take on the most stressful large cities in America.)

Use This Checklist to Beat The Stress 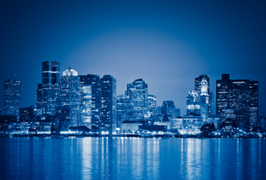 Fortunately, there are safe and natural ways to beat the stress that causes all sorts of problems, like back pain, at your fingertips.