… And What You Can Do to Prevent Them 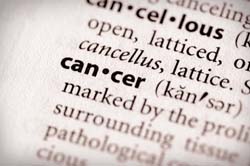 You CAN prevent cancer from becoming your death sentence

Over 12.7 million people around the world will learn they have cancer this year.

Terrifying, isn’t it? And, in general, the rates continue to climb every year.

Cancer is now the second leading cause of death in the United States after heart disease.

The World Health Organization expects that, unless something is done, the global projected number of cancer-related deaths will rise 80% by the year 2030.

Are you at risk? I think you know the answer to that already.

Now find out which cancers you’re most at risk for… and more importantly, how to become a cancer survivor rather than a casualty if cancer ever touches your life.

Here is a list of the most common cancers in the United States with the American Cancer Society’s predictions for patients this year. While death rates are lower than in countries without advanced medical care they’re still significantly high.

Prostate cancer is more common in those of African American ethnicity. Aging men are at general risk for prostate cancer and should be screened regularly with a prostate-specific antigen (PSA) test. Obesity and smoking also increase the risks. This is the second most lethal cancer in men.

The symptoms of an advanced stage prostate cancer are seen mostly in urination disruption and abnormalities, including the need to urinate frequently, and blood or pain with urination.

Over 90% of cases are discovered before the cancer can spread. The 5-year survival rate is nearly 100% for these cases.

The major risks for breast cancer include being female, aging, weight gain, alcohol and use of menopausal hormone therapy (MHT).

Unfortunately, breast cancer tumors are most treatable when they are small and produce no symptoms. That is why, according to the American Cancer Society, it is so important to have regular screenings, self-exams and mammograms. The larger the mass becomes, the more painful it will become.

The 5-year survival rate for women with localized breast cancer – that is, cancer that has not spread to other tissues – is up to 99%. For cases in which the cancer has spread, the rate falls to 84%.

Lung cancer is by far the most lethal cancer. It accounts for 28% of all cancer-related deaths. Thankfully, it is only diagnosed in 14% of cancer patients.

Smoking cigarettes is the biggest risk factor for lung cancer. Symptoms include a persistent cough that may have blood in it, chest pain and reoccurring pneumonia or bronchitis.

The 5-year survival rate for lung cancer is only 16%.

Risk factors for colorectal cancer include aging, obesity, alcohol use, smoking and a high consumption of red meat or processed meat.

Like breast cancer, early stage colorectal cancer does not present symptoms. Understandably, this is one of the most under-screened cancers – only 39% of patients are diagnosed at the early stage.  Advanced stage symptoms may present lower abdominal pain, cramping, anemia and rectal bleeding.

64% of colorectal cancer patients live for 5 years after diagnosis, and 58% live up to 10 years. When detected early, the 5-year survival rate is 90%.

While genetics can influence your susceptibility to skin cancer, other factors such as an unusual amount of moles and a history of overexposure to the sun can also play a role in developing a melanoma.

The best way to detect skin cancer is to pay attention to changes in your skin. Unusual changes or new moles should be examined by a doctor.

Most cases of skin cancer can be cured easily if detected early. The 5-year rate of survival is 91% in localized cases.

Often, the cause of lymphoma is unknown. However, it is sometimes seen in aging patients who have had their immune system repressed, or in the presence of autoimmune disease. Symptoms of lymphoma include swollen lymph nodes, itching, night sweats and unexplained weight loss.

Cigarette smokers are four times more likely to develop bladder cancer than non-smokers. The most common symptom of a bladder growth is blood in the urine. There is currently no screening method for those at average risk.

50% of all cases are diagnosed when tumors are noninvasive. The 5-year survival rate for these cases is up to 97%. Cases with invasive tumors that have spread to a local region have a survival rate of 71%.

The risk of kidney cancer is very strong if you smoke. 30% of cases can also be attributed to obesity. Hypertension and high blood pressure are also risk factors.

92% of kidney cancers are in the form of renal cell carcinoma, which develop in the kidney’s filtering microtubules that lead to the bladder. Symptoms of a tumor include pain in the lower back or abdomen, blood in the urine, weight loss and swelling in the lower extremities.

The 5-year survival rate for renal cell carcinoma is 71%. However, when diagnosed at an early stage, the rate jumps up to 91%.

The most obvious symptom of thyroid cancer is a lump in the neck. Difficulty breathing or swallowing, swollen lymph nodes, and chronic throat pain are also signs of a growth.

Major risks for thyroid cancer are a family history and exposure to radiation.

The 5-year survival rate for thyroid cancer patients is 97% for cases that have spread to the region, but is nearly 100% for localized cases.

What’s your risk of cancer?

That’s the statistical likelihood that you will develop cancer at some point in your life.

But I don’t suggest you roll over and accept that you may get one of these common cancers.

I suggest you fight back.

Research has shown that over 30% of cancer cases could have been prevented. But I maintain that nearly all cases can be prevented. (And I don’t buy in to genetics causing cancer, and neither should you.)

And even if you are diagnosed with cancer, I want you to take hope:

Cancer does not have to be a death sentence!

Whether you realize it or not, there are people out there working for you, scouring the planet to find the most effective natural supplements and therapies for preventing cancer.

And in the case you do get cancer, you should know there are powerful – and gentle – alternative treatments for cancer. I’m talking about totally natural treatments and supplements that won’t cause you to lose your hair… waste away to nothing… or even leave you nauseated.

Arm yourself in the fight against cancer… and six more of the most painful and deadly diseases known… with knowledge.

Here’s where you start your fight against ALL disease:

Click Here Now to Get
The End of All Disease… Free!

1 thought on “The 9 Most Common Cancers”