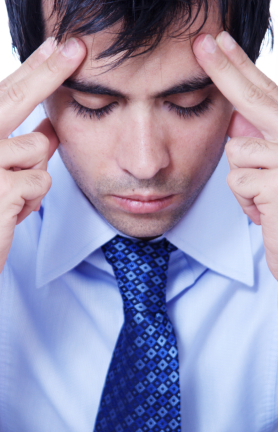 It’s estimated that up to 20 percent of people aged 65 and older may have mild cognitive impairment (MCI),[i] a condition that causes noticeable changes in your memory and thinking skills … but generally is not severe enough to impact your daily life.

For example, if you have mild cognitive impairment, you may have trouble recalling (or forget entirely) appointments you have scheduled, recent events or details of conversations. Mild cognitive impairment may also impact your ability to make decisions or estimate the amount of time (or sequence of steps) necessary to complete a complex task.[ii]

While many people feel their memory becomes a bit less sharp with age (there are things you can do to stop this, by the way), if you have MCI you will almost certainly have noticed that your memory isn’t what it used to be. Yet, the changes will still be mild, so you’re still able to carry on with your normal daily life.

Many experts describe MCI in just this way, as an intermediate stage between “normal” age-related cognitive decline and the more serious development of dementia, which includes Alzheimer’s disease.

While not everyone with mild cognitive impairment will develop dementia (and some even find their memory improves and gets better), MCI does increase your risk of dementia … and several other quite surprising health conditions.

While about 1-2 percent of US adults develop dementia each year, this rises to 6-15 percent among people with mild cognitive impairment.[iii] While the increased dementia risk applies to anyone with MCI, those with memory difficulties (amnestic MCI) are especially at risk of progressing to dementia.

Late-life depression among those 65 and older is associated with mild cognitive impairment, and it’s thought that this condition may impact anywhere from 3-63 percent of MCI patients. It’s thought that depression may develop, particularly, as a person transitions from normal cognition to dementia.[iv][v]

The increased risk of death may stem from the many chronic conditions associated with cognitive decline, which run the gamut from heart disease and diabetes to obesity.

Mild Cognitive Impairment, and Age-Related Cognitive Decline, are NOT Inevitable

Age-related cognitive decline is often regarded as a normal part of aging, but some researchers believe this is a myth. In fact, new research suggests slightly slower cognitive function may simply be indicative of a lifetime’s worth of accumulated knowledge (which takes time for your brain to process).

Not to mention, even if your memory has slipped, there’s no reason to assume it has to stay that way (or get worse). About one in four people with mild cognitive impairment will revert back to normal levels of cognitive function within two years.[vii]

One factor that played a role in improving brain function was a greater openness to experience, which makes sense since new experiences challenge your brain — a key to the development of new neurons. What else is crucial for building and protecting your memory function?

Advanced Memory Support is an all-natural supplement with specific members of the B vitamin family — including thiamin, niacin, folate, and vitamin B12 — to help support your memory and keep your nervous system healthy. But this is only one reason to take Advanced Memory Support, which also contains other memory powerhouses like ginkgo biloba and alpha-lipoic acid, an antioxidant that is scientifically proven to reverse memory impairment.[x]

While it’s possible to revamp your brain power after a diagnosis of MCI, prevention is an even better choice. If you feel your memory is slipping, don’t wait. Now is the time to start flooding your body with the brain-boosting nutrients in Advanced Memory Support … cutting-edge, yet all-natural ingredients like:

To put it simply, Advanced Memory Support offers brain benefits that are unlike those any other supplement on the market can provide. If you’ve noticed your memory slipping (even if you’re not ready to admit it), don’t wait another day. But even if you haven’t been feeling especially forgetful, take this short five-question quiz to find out if Advanced Memory Support is right for you.