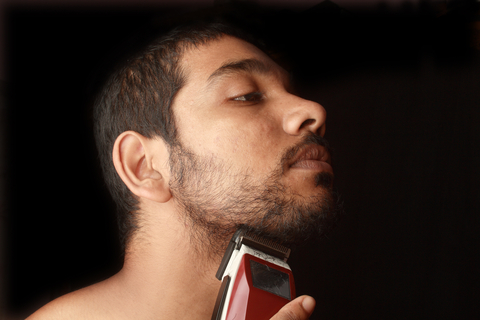 Two new studies may prompt clean-shaven men to throw away their razors … it turns out men with beards are more attractive, as rated by both women and men. Even better (depending on your priorities …) is research showing bearded men edge out their clean-shaven peers in terms of health gains, too!

Because facial hair such as beards and mustaches can block up to 95 percent of the sun’s ultraviolet rays, preventing them from ever reaching your skin, bearded men have a lower risk of skin cancer on their faces, necks and chin, as well as have less sun damage that can cause premature aging, such as wrinkles.[i]

Though this wasn’t part of the study, per se, this also suggests that men with beards may enjoy smoother, younger-looking facial skin as they age (although it seems they won’t be able to flaunt it unless they’re willing to shave!).

It’s Official: 10-Day Stubble is the Most Attractive Type of Facial Hair

Separate research asked men and women to rate the attractiveness of clean-shaven men and those with 5-day stubble, 10-day stubble or full beards.[ii]

Among women, the heavy stubble (10 days’ worth) was the favorite, while men rated both heavy stubble and full beards as the most attractive (although clean-shaven and light stubble were close seconds).[iii] Interestingly, ratings of the men’s masculinity increased as their facial hair increased, suggesting that more facial hair is perceived as more “manly” (and this association was especially pronounced for women in the fertile phase of their menstrual cycle).

Also noteworthy, men with beards were perceived as “better fathers who could protect and invest in offspring,” too, giving bearded men a multi-faceted advantage over those who are clean-shaven.

Beards May be Good for Business, Too

For centuries, full beards and other manifestations of facial hair have been regarded as signs of virility, respectability, honor and strength. Even prehistoric men had beards, likely due to their warmth, added facial protection against scratches or punches and their intimidation factor.

In fact, in ancient civilizations a man’s beard could be cut as a form of punishment, until, reportedly, around 345 B.C. Alexander the Great ruled that his soldiers could not have beards (lest they be pulled during battle).[iv]

Even today, sporting a neat, middle-length beard may make good business sense, as research showed that men with beards are regarded as more trustworthy and credible than clean-shaven men.[v]

Got Facial Hair? Check Out the National Beard and Moustache Championships!

Even if you don’t have facial hair, this is still a fun event worth watching. In 2013, the national competition is coming up in September in New Orleans, and promises to be a good time. Prizes are awarded in multiple categories from freestyle to imperial and “Fu Manchu,” with judges looking for which contestant’s facial hair best enhances his overall appearance, style and personality.

Think you’ve got what it takes to win? If so, you could be a world championship contender … as it stands, the US is considered the ‘world’s new facial hair super power’ for having won 12 world championship titles at the World Beard and Moustache Championships in Alaska in 2009![vi]

We Dare YOU: Get Fit in 4 Minutes a Day

Facial hair can only get you so far. To really get the overall appearance boost you’re after, you’ve got to get fit, and believe it or not you can do it in just 4 minutes a day. Find out how here — it’s only 4 minutes, so there’s NO excuse not to!

3 thoughts on “Men With Beards More Attractive … and Healthier Too!”