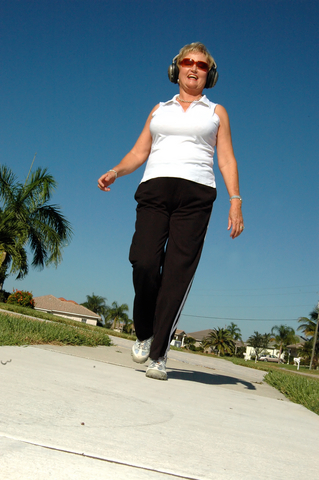 Research suggests that memory problems occur more often in men than in women, but that doesn’t mean women are immune to memory loss.

From pregnancy to menopause, women experience unique challenges to their memories throughout life.

For instance, the hormone estrogen, which decreases during menopause, is linked to memory, with lower levels associated with memory declines. Recent research did, in fact, confirm what many women already suspected: that working memory does deteriorate among menopausal women.[i]

Subtle memory loss has also been scientifically proven among pregnant women, with the loss often continuing for up to a year after giving birth.[ii]

The good news in both of these scenarios, as well as any memory loss in women, is that your memory is a ‘work in progress’ — not something that’s set in stone. In many cases memory loss can be prevented and even reversed using straightforward, all-natural lifestyle interventions.

Chronic stress, which releases a hormone called cortisol in your body, can kill brain cells and lead to memory loss.[iii] Engaging in stress-management techniques may therefore help to prevent, and possibly reverse, memory loss, and one of the best options is meditation. Even just 20 minutes of meditation practiced before a stressful event can reduce the adverse effects of stress and even improve memory at the same time.[iv]

Exercise is wonderful for your brain, as it helps promote neurogenesis, or the growth of new brain cells, in the hippocampus, an area of the brain that plays an important role in memory.

Among older women with mild cognitive impairment, exercising via walking or weight training for six months lead to improvements on cognitive tests, with each type of exercise associated with unique benefits to memory function (which suggests a varied exercise routine may be best for improving your memory overall).[v] If you think you don’t have time to exercise … can you really afford not to? (Especially when you can fit in an awesome workout in just 4 minutes … )

3. Be Open to New Experiences and Challenge Yourself Mentally

Recent research revealed that about one in four people with mild cognitive impairment will revert back to normal levels of cognitive function within two years.[vi] One factor that played a role in improving brain function was a greater openness to experience, which makes sense since new experiences challenge your brain — a key to the development of new neurons.

Higher complex mental activity was also associated with reversal of mild cognitive impairment, which suggests learning new skills, such as a new language or hobby, may also be invaluable to your memory function.

(Tip: You can find 5 ways to lose weight without exercise or dieting here, including ThinMist, which naturally boosts your body’s production of fat-burning ‘youth’ hormones.)

1. Boost Your Intake of B Vitamins and Other Memory Powerhouses

Advanced Memory Support is an all-natural supplement with specific members of the B vitamin family — including thiamin, niacin, folate, and vitamin B12 — to help support your memory and keep your nervous system healthy. Recent research has shown that people with mild cognitive impairment who take large doses of B vitamins can cut their rate of brain shrinkage in half, possibly slowing their progression toward dementia.[ix]

But this is only one reason to take Advanced Memory Support, which also contains other memory powerhouses like ginkgo biloba and alpha-lipoic acid, an antioxidant that is scientifically proven to reverse memory impairment.[x]

Plus, remember how stress is a major memory-zapper?

Advanced Memory Support is loaded with the most powerful anxiety-easers and mood-lifters found in nature. You get optimal amounts of L-tyrosine… St. John’s wort … L-phenylalanine … and L-theanine in each serving to support your stress hormones… ease depression… and enhance relaxation. And, to help you keep your emotions and moods in perfect balance, we added ashwagandha … rhodiola … and eleuthero — three powerful adaptogens that moderate your reactions to stress so you can think clearly and stay calmer, no matter what is happening.

If you’re tired of brain fog holding you back … if you’ve noticed your memory slipping … or if daily stress makes it impossible for you to think clearly, now’s the time to take action with Advanced Memory Support.