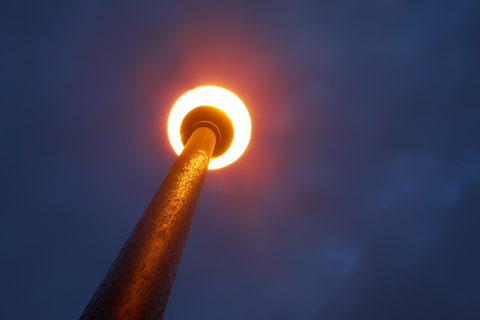 When you look outside your bedroom window at night, do you see stars?

If you do, you’re part of a lucky, and dramatically decreasing, crowd, as light pollution has made stars invisible for millions around the globe.

By some estimates, artificial light at night is increasing by up to 20 percent, per year, depending on geographic region, and scientists are stating an “urgent need for light pollution policies that go beyond energy efficiency to include human well-being, the structure and functioning of ecosystems, and inter-related socioeconomic consequences.”[i]

How Light Pollution is Tainting the World as You Know It

Artificial lighting, which accounts for 19 percent of total global electricity, [ii] is a major generator of greenhouse gasses. The economic costs of wasted energy to the U.S. alone tally $2.2 billion a year.[iii] But there is a far greater toll being taken that cannot be measured in greenhouse gas emissions or dollars and cents — even when they number into the billions.

By making our nights brighter, human health, the environment, and the very planet may be at risk. As written in a perspective piece in Ecology and Society:[iv]

“Nearly all living organisms, including human beings, have evolved under a natural rhythm of day and night. Interestingly, around 30% of all vertebrates and more than 60% of all invertebrates world-wide are nocturnal. As lighting becomes brighter and extends farther into rural areas and offshore in marine systems, the distinction between day and night becomes blurred.

… there is clear evidence that artificial lighting can alter physiology, including hormonal balance, as well as behavior, orientation, organism fitness, food web interactions, and biotope connectivity.

The artificial disturbance of the natural day/night cycle may, as a result, have serious psycho-physiological and even medical consequences for humans, along with ecological and evolutionary implications for animals, plants, and even entire terrestrial, freshwater, and marine ecosystems.”

The “Dark Side” of Artificial Light

The glow from heavily populated regions like the United States, Japan and Europe can be seen from space. So too can lights from fishing fleets in the oceans. On Earth, these artificial lights are impacting far more than you might imagine. Remember, light governs not just when you sleep and wake, but countless other biological processes in humans and other creatures. Some of the concerning impacts of light pollution include:[v]

Light in Your Bedroom May Increase Your Cancer, Obesity and Depression Risks

Humans are not immune to the biological impacts of artificial light. We, too, need darkness, and when we ignore this basic, biological requirement, health consequences often result.

For starters, even low levels of light exposure at night (such as from your clock radio or a computer) suppress your body’s production of the hormone melatonin, which helps prevent cancer. Several studies have linked exposure to light at night, whether you’re working the “graveyard shift” or simply staying up late to watch TV, with a higher risk of breast cancer.[vi]

Dim light at night may also prompt changes in your brain that increase your risk of mood disorders, such as depression,[vii] as well as disrupt the timing of food intake and other metabolic signals, leading to excess weight gain and potentially obesity.[viii]

What Can You do About Light Pollution?

On a large scale, you can avoid becoming part of the problem by turning off lights at night when they’re not needed. At the very least, make sure your outdoor lights are shielded so that light is aimed toward the ground (not up into the sky) or use timers and sensors so they turn on only when necessary.

In your bedroom, turn off any light-emitting devices (computer, cell phone) and either put a blanket over your clock radio or choose one that uses red light, which should not interfere with your biological rhythms. Be sure you have also installed heavy drapes or black-out, room-darkening shades to keep out any light from passing traffic, street lights or neighbor’s homes. You can also use an eye mask to help block out any additional light while you sleep.

Once you’ve gotten the light out of your bedroom, you can support healthy melatonin levels with the safe and natural Sleepzyme, which has been specially formulated with proven, high-quality, natural ingredients to help you get a full, restful night’s sleep. (See Today’s Special Introductory Offer…  Click Here Now!)

Remember, just as your body needs light, it also needs darkness. Respecting this law of nature is essential to protecting your health.

[vii] Study presented at the annual meeting of the Society for Neuroscience, San Diego, California, November 17, 2010