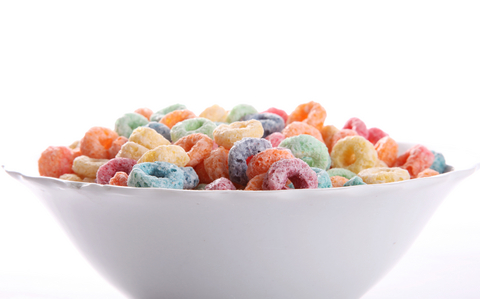 Did you know that food manufacturers may vary the ingredients used in processed foods depending on what country they’re being sold in?

Other times, however, food makers must tweak their ingredients to correspond to international laws that differ from those in the United States. As a result, and perhaps as a result of an overly lenient U.S. Food and Drug Administration (FDA), some popular foods sold in the U.S. contain ingredients that are banned in other countries.

“We call it our GPS of grocery purchasing system: how to identify dangerous ingredients — so people can shop safe and smart in the grocery store.”

Common in US candy, cereal, drinks and pet food, blue #1 is banned in Norway, Finland and France. Blue #1 may have caused kidney tumors in mice, according to one unpublished study, while other research suggested it may impact nerve cells and cause hypersensitivity reactions.[ii]

Another food dye used in U.S. candy and other foods, but banned in some countries, “cannot be considered safe given the statistically significant incidence of tumors, particularly brain gliomas, in male rats,” according to the Center for Science in the Public Interest (CSPI). [iii]

Banned in Norway and Austria, yellow #5 may be contaminated with cancer-causing chemicals and may cause hyperactivity or other behavioral effects in children.

Banned in Norway and Finland, yellow #6 may also be contaminated with cancer-causing chemicals and could potentially cause adrenal tumors in animals. It may also cause hypersensitivity reactions.

Used in maraschino cherries, grenadine, fruit cocktail, cherry pie mix, ice cream candy and more, red #40 is the most widely used dye in the United States. It may accelerate the appearance of immune-system tumors in animals, according to CSPI, while also potentially triggering hyperactivity in children.

BVO is used in soda and sports drinks as an emulsifier to keep flavoring from separating. However, it is banned in more than 100 countries because it contains bromine, which can be toxic.

This ingredient, used to bleach flour, is common in breads and baked goods in the United States, but is banned in Australia, the UK and much of Europe because it can potentially lead to asthma.

This substance, used to strengthen bread dough, also contains potentially toxic bromine. While U.S. break makers have said that the substance mostly disappears from breads during baking, regulatory bodies in Europe, Canada, China and many other countries have banned it anyway. Products that contain potassium bromate in California must carry a warning label.[iv]

This fat substitute is banned in the UK and Canada because it can interfere with the absorption of fat-soluble vitamins and carotenoids. While it’s still allowed in the United States, it’s only found in two brands of potato chips because it wasn’t very popular on the market.

These widely used preservatives in the United States are banned in England and certain other European countries because they may potentially cause cancer. In California, BHA and BHT are regarded as possible carcinogens.

Common in U.S. dairy products, recombinant bovine growth hormone and recombinant bovine somatotropin are banned in Australia, New Zealand, Canada, Japan and the European Union because of health risks to both humans and cows. Milk from rBGH-treated cows has higher levels of IGF-1, a hormone that is linked to cancer at high levels. In the United States, if you want dairy that is free from such growth hormones, choose organic or look for a statement saying it is rBGH-free on the label.

Do You Want to Avoid These Dangerous Food Additives? 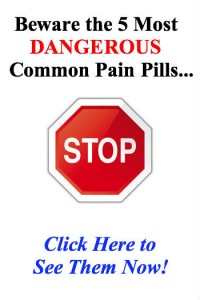 You can become an avid label reader and avoid any of the questionable ingredients listed above, or you can ditch processed foods in favor of mostly fresh, unprocessed foods. If you have a smartphone you can also take advantage of the numerous apps out there that help you make nutritious food choices. For instance, with the Fooducate app you can scan barcodes on food packages and a warning will pop up if it contains any controversial additives.

Of course, it’s not only food that you need to watch out for. Many medications on the market are also highly questionable … For the most important details, don’t miss the 5 Most DANGEROUS Pain Medications Still Allowed in the U.S. …

[ii] Center for Science in the Public Interest, Food Dyes: A Rainbow of Risks

[iii] Center for Science in the Public Interest, Food Dyes: A Rainbow of Risks