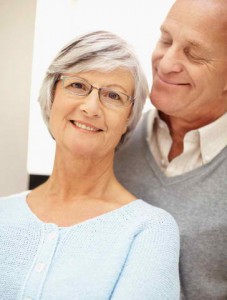 So you want to live to the ripe old age of 100? Or you at least want to live a VIBRANT life as long as possible?

What this means is that centenarians are one of the fasting growing segments of the population — if not the fastest growing. As of 2010, there were about 80,000 U.S. centenarians, and 60-70 supercentenarians (aged 110+)[i] …

Want to join them when your time comes? Want to live well for as long as possible? Then see how you answer these 10 key questions…

10. Do You Have Long-Lived Relatives?

We know it’s not something you can control, but it deserves a mention because at least 50 percent of centenarians have close relatives (parents, grandparents, siblings) who also lived a very long time. If you happen to be a man, and you have a brother who lives to be 100, you have a 17 times greater chance of being one also. And if you’re a woman with a centenarian sister, you’re 8.5 times more likely to join her.[ii]

While some centenarians do, in fact, smoke, a history of substantial smoking is rare among this age group.[iii] You’ve heard it before, but if you smoke it’s never too late to quit… it will add both time and quality of living to your life!

8. Did You Have Children Later in Life?

Women who live to be 100 often have children after the age of 35 or 40. According to the New England Centenarian Study by Boston University School of Medicine, a woman who naturally has a child after the age of 40 quadruples her chances of living to 100! They note:[iv]

“It is probably not the act of bearing a child in one’s forties that promotes long life, but rather, doing so may be an indicator that the woman’s reproductive system is aging slowly and that the rest of her body is as well. Such slow aging and the avoidance or delay of diseases that adversely impact reproduction would bode well for the woman’s subsequent ability to achieve very old age.”

7. Do You Exercise Regularly? 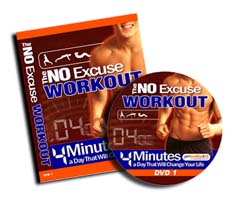 Want to Finally STICK with a Regular Workout? Click the Picture Above Now!

Regular exercise is associated with significantly better physical function and good health in late-life.[v] It’s also known to increase your lifespan, not only because of the physical benefits, but because of the mental/emotional ones too. Exercise is an excellent form of stress reduction (see #3 below), and because it releases endorphins, or feel-good hormones, in your brain, it can also help you to stay positive (see #2).

If sticking to regular exercise is a challenge for you, try the highly recommended 4-Minute-Per-Day NO EXCUSES Workout!

Very few centenarians are obese and most are actually quite lean. Since obesity increases your risk of chronic conditions like diabetes, heart disease and high blood pressure, all of which can zap years from your lifespan, this makes sense. How important is this? One study found that obese men were 44 percent more likely to die before age 90 than men who weren’t obese.[vi]

5. Do You Avoid Overeating?

Consider the residents of Okinawa, Japan, which is known for its high number of long-lived people. Okinawans have lower rates of many chronic diseases of aging than many other countries, and they are known for not only their long life expectancy, but for living to very old age in good health. They engage in a cultural practice known as hara hachi, which means they eat until they’re only 80 percent full.[vii] Generally, Okinawans eat only 1,800 calories a day, compared to more than 2,500 for the average American.

4. How Well Do You Handle Your Stress? 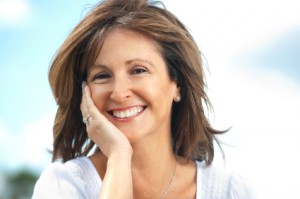 Research suggests that people who tolerate stress well live longer which may be partly because the stress hormone cortisol, when released in excess, inhibits brain cells’ ability to communicate and wreaks havoc on your health in numerous other ways as well. So take time each and every day for some enjoyment, laugh off the little stuff and when the “big stuff” happens, take plenty of time to heal and nurture yourself.

3. Do You Eat Your Veggies?

And do you eat lots of them, at that? While it’s true that some centenarians aren’t the healthiest eaters, many are, and many eat far more vegetables than the average American. Remember the Okinawans? They eat up to 10 servings of vegetables and fruits a day!

2. Do You Stay Happy — and Connected?

Centenarians usually report being very satisfied with their lives; they’re happy, optimistic, energetic, outgoing people who maintain strong social connections with friends and family, and with their communities. If you expect to live into your second century, you can’t simply sit on the couch with your remote control. You’ve got to keep exploring, keep learning, keep active … you’ve got to keep living!

(Don’t miss The 9 Timeless Secrets of Being Happy video!)

1. What are You Doing NOW to Stop Your Chronic Inflammation? 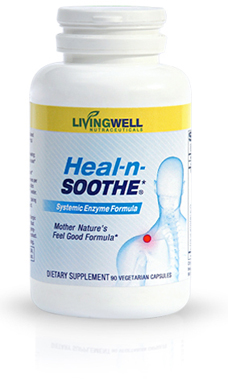 "Proteolytic Enzyme Therapy" is THE #1 Way to Stop Inflammation (and Pain)... Click Above to Learn More!

Centenarians oftentimes are NOT plagued by the common chronic diseases that impact people decades younger. This could be because they’ve avoided the pitfalls of chronic inflammation, a leading contributor to heart disease, Alzheimer’s, arthritis, chronic pain and more. Inflammation is a natural response, so everyone experiences it sometimes (and this is a good thing, as it helps protect you from bacteria, viruses and other pathogens and injuries).

Chronic inflammation is different; it’s caused by negative emotions (stress), poor diet (sugar, alcohol, soda, trans fats, etc.), lack of exercise, smoking and other unhealthy lifestyle choices. You can cut down on chronic inflammation drastically by eating fresh whole foods (lots of veggies and antioxidants), exercising and keeping your stress under control, and you can also try Heal-N-Soothe, a 100% natural blend of 12 inflammation-fighting ingredients that is as effective as prescription anti-inflammatories (but much safer).

It also contains proteolytic enzymes, which “eat up” scar tissue, cleanse toxins from your blood, fight viruses and improve your immune system, so you’re likely to get sick less often. Top experts agree, if you want to live a long healthy life, keeping chronic inflammation under control is key.