by Brian Vaszily
Founder of The Creative Genius Institute

How many of your goals, dreams, and projects have you still not achieved? How many have you filed in your “I’ll Get to It Later” or “Maybe Tomorrow” or even your “Ahhh Forget It, It’s NEVER Gonna’ Happen files? 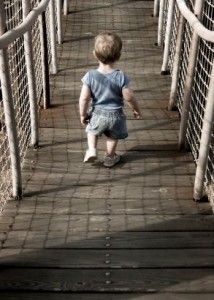 (It rhymes with “Eye Zen,” a phrase that means nothing but sounds like it could mean very peaceful art or photography, right?)

Kaizen is a simple concept that enables you to achieve your largest and most complex goals, and makes your life easier, healthier, and happier in the process…

In fact, when you learn the definition in a moment, you may well exclaim, “Well that’s just common sense!”

And indeed it is. However, like all of the most powerful common sense ideas, it isn’t that common.

That’s because people tend to forget the most important things they already know.

And THAT’S because we humans are often our own worst enemies… we have a strong self-sabotaging side that LOVES to over-worry, complicate things and convince us that “everything’s a mess” and the things we want most are “impossible.”

“Kaizen” is an underlying philosophy that drives much of the Japanese business world (it is particularly associated with Toyota Motor Corporation).

In Japan’s corporate world, that translates to the fastest successful completion of large projects and shifts in doing business with big savings in terms of time and money.

Kaizen really has multiple components, but for the purposes of achieving YOUR big goals fast — and rapidly improving your productivity and well-being overall — let’s focus on its commitment to taking small, manageable steps to make big changes…

Kaizen is about both shifting the way you do AND see when it comes to the projects and goals in your life. 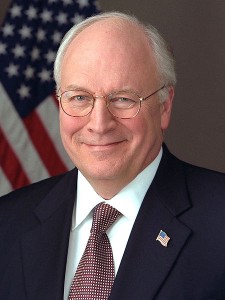 Your brain is also highly conservative...

To understand this, it is important to realize what you innately already know well: the human brain is highly resistant to big changes.

Though it may not resemble Dick Cheney, your brain is highly conservative and cannot stand the idea of having to push itself and the rest of you to do things very differently.

Big change goes against human nature and so your brain fears what it perceives as likely failure.

On the other hand, your brain is a-ok with having to make small changes. Small shifts in the routine are inevitable, they happen every day, and your brain is quite used to them.

In fact, your brain would freak out and possibly assume you were dead if it wasn’t routinely facing small changes.

OR you buy a new gym membership and decide “Instead of sitting on the couch I’ve got to work out two hours a day, five days a week…”

OR inspired by J.K. Rowling’s billion-dollar-plus net worth you decide, “I’m going to write a book series as successful as Harry Potter…”

Your brain shouts back, “NO WAY, NO HOW, that’s way too much to do, too much change, far too overwhelming. Just hand me the remote and let’s see what’s on TV.”

And you put things off to tomorrow. And then to the tomorrow after that. And so on. The big projects and the big goals go unachieved.

To put it another way… bite off more than your brain wants to chew and you’re going to choke.

How to Finally Get on the SAME Team as Your Brain

As mentioned, kaizen is as much about seeing as it is doing.

If your brain sees that to achieve your big goal — for example, getting those six-pack abs you always wanted — you will have to eat COMPLETELY different foods for breakfast, lunch, dinner, and snacks than you currently do AND you’ll have to work out 2 hours a day from your current exercise regime of walking from your house to your car… your brain wants to RUN THE OTHER WAY.

It sees that as a VERY big change.

If, on the other hand, it sees that you merely want to make a small change — you are just going to replace the soda pop you normally drink at lunch with a glass of water — it thinks, “Yeah, no big deal, we can achieve that, that’s cool.” 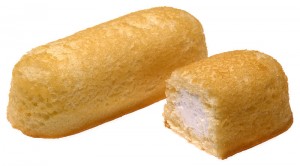 You will then do that small change and, because mentally it is not an overwhelming challenge, you will very likely succeed. And then a few days later, you can incorporate the next small change, and so on…

“Starting today we’re going to stop eating Twinkies for our evening snack and instead we’re going to eat some kind of fruit or vegetable, okay brain?”

“Well I love Twinkies, but if it will help us feel better and live longer and you’re only stopping them in the evening then okay, we can do that.”

“Yeah, only in the evening, don’t worry brain.” (Wink wink.)

Obviously, using kaizen to succeed at making positive changes to your health is just one example. Kaizen can and ought to be applied to every large-scale project and goal you have..

Want to improve a combative relationship? Instead of agreeing NEVER to argue again, agree to make one day per week an “argument-free zone.” Then after a month agree to add another day to the zone, and so on.

Need to move a hill from one side of your yard to another? Try to push and shove the whole hill and you are bound for failure. Instead commit to moving just ten shovelfuls of dirt today, ten tomorrow, and so on.

By breaking your intimidating mammoth project down into small manageable goals — seeing each of the small goals and then only concerning yourself with successfully doing whatever small goal is next on your list — you’ll be amazed at the “impossible” you can achieve.

So there you have it!

Go revisit all those big goals that have eluded you… including all those wonderful and achievable goals you’ve frustratedly filed away in the Ahhhh, F$^& It! file. Break them down into their easy-to-digest bite-size pieces. And then take that first bite!

And to never forget this important “common sense” secret to your success, be sure to shout “KAIZEN!” while you’re chewing.  🙂

Brian Vaszily is a bestselling author and founder of The Creative Genius Institute who’s been featured on
ABC, NBC, CBS, Fox and more, and he’s a proud member of The Healthy Back Institute team!