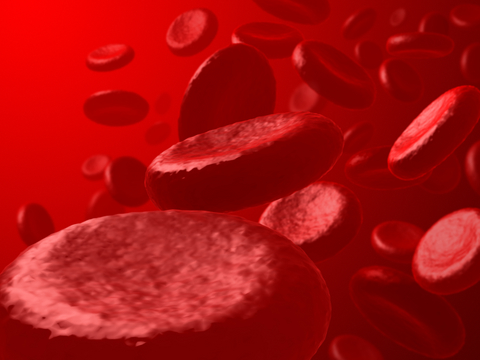 If there were a test that could determine how long you would live, the million-dollar question is, of course, would you take it?

That question may come around sooner than you think, from a test that you have probably already had at some point in your life.

The complete blood count (CBC) is a common, low-cost blood test used to measure various features of your blood to reveal infection, anemia, leukemia and more. One component of this test is red blood cell distribution width (RDW), which is typically used to diagnose iron-deficiency anemia.

Researchers have found, however, that RDW can reveal much, much more, including your likelihood of dying from multiple different medical conditions …

If You Have a High RDW, You Could be at Risk of Premature Death

To put it simply, RDW measures variations in red blood cell volume. Typically red blood cells are a standard size, but various disorders may cause the cells to become smaller or larger. A high RDW indicates that your red blood cells have a greater variation in sizes that could indicate an underlying health issue.

To date, research has revealed that RDW is quite accurate at predicting mortality. One researcher, Dr. Benjamin Horne from the Intermountain Medical Center Heart Institute, told Prevention:[i]

” … it has turned out to be one of the most predictive factors of cardiovascular events and mortality. Peer reviewers actually thought it was too good to be true, because the CBC had been around for 50 years.”

As for its relation to heart disease mortality, Dr. Horne explained, “It could have to do with red blood cells being produced erratically or too quickly, or it could be that there’s a microvascular disease where red blood cells are being torn up in the blood vessels.”

To date, a number of studies have revealed the almost uncanny ability of RDW to predict death:

Would You Get This Test?

Given the wealth of ongoing research linking RDW to mortality, it’s not a stretch to say that this test could help predict how long you’ll live. And the fact is, you can get this test today, if you want, because it’s part of the routine CBC blood test that virtually any physician can order for you.

The question is, would you want to know?

In some cases, the test may act as a looking glass to provide you with valuable information, such as alerting you to a future heart problem that you could prevent by making lifestyle changes today. Dr. Horne told Prevention: [viii]

“We’re working to examine whether the RDW can potentially be used to predict what [cardiovascular events] individuals will experience in the future, and make some smaller changes now that will have a bigger effect on preventing cardiovascular disease rather than waiting until they actually have the disease.”

On the other hand, in the case of a trauma or critical illness, finding out you have a high RDW may only be discouraging, perhaps putting doubts in your mind about your recovery when what you really need is optimism and hope.

It’s a question only you can answer for yourself, and an intriguing one at that, since this test is widely available. What is your take on this? Please share your comments below … do you really want to know how long you will live?