…And the Smart Sodium Alternatives 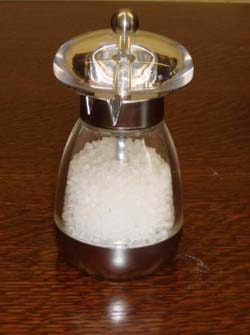 You’ve probably heard that you should watch out for high sodium foods. Sometimes it’s easy to forget that sodium is essential to life.

Sodium helps muscles contract, assists transmission of nerve impulses and plays a part in the maintenance of proper fluid levels. However, it doesn’t take high sodium foods to accomplish this biological mission.

(I also want to note right away that if you do use salt on your foods, pure sea salt is a much smarter, healthier choice than typical table salt!)

Current guidelines on sodium intake recommend no more than 2300 mg a day for healthy young adults. That’s about 1 teaspoon of salt.

Recommendations for middle-aged to older adults, African-Americans, or those with chronic diseases, such as high blood pressure, kidney disease, or diabetes, suggest no more than 1500 mg/d through a low sodium diet.

Evidence continues to suggest that high sodium foods are linked to high blood pressure, increasing your risk for several chronic diseases including cardiovascular disease and stroke.

However, some are not so obvious. Here are seven high sodium foods that might surprise you:

Shop smart! Some of the biggest surprises in terms of sodium are found in that box of breakfast cereal.

Check the sodium content on the nutrition labels, there should be no more than 220 mg per serving. The difference from one box to the next can be astounding. One cup of Grape Nuts cereal has 580 mg of sodium, while Shredded Wheat has 0 mg.

Hold off on some of that bread. Most commercial bread has over 100 mg of sodium per slice, and many rolls, specialty breads, bagels and muffins have as much as 300 to 400 mg.

Look for low-sodium substitutes. Choose a bread that’s whole-grain, low-sodium and produced without excess sugars or fats. And stick to a regular two-slicer sandwich instead of a three-slice club.

Beware of canned vegetables. Canned vegetables are rich in vitamins and nutrients, they’re easy to prepare and they last a long time. But many canned goods are very high in sodium.

Consider rinsing your canned veggies before eating to get rid of some of the sodium. Look for labels that say, “No salt added.” Even better, eat fresh vegetables instead.

Don’t be fooled by their good reputation. Yes, the National Dairy Council likes to promote how dairy products help children grow, contributes to strong bones and teeth, and are an excellent source of calcium and vitamin D. But the dairy products found on your grocery store shelves are often loaded with sodium.

Read the labels carefully when making your selection. Check the serving size and number of servings. Believe it or not, some brands like to hide the facts by saying that TV dinner is meant for two. Look for a dinner with no more than 500 to 800 mg of sodium per serving.

While I’m not a fan of fast food, whether at the drive-thru or at home, if you’re going to eat the stuff at least stick with the lighter versions such as Healthy Choice, Lean Cuisine, and Smart Ones. They’re usually the safer bet, but there are no guarantees. You still need to read the label to be certain. Counter-balance your sodium intake for the rest of the day with plenty of fruits and veggies.

Cut back on condiments. When you sit down to eat your healthy meal, you just might add a condiment on top. That’s one of the fastest ways sodium can end up on your plate, despite your best efforts otherwise.

Try low-sodium condiments and switch to lemon juice or vinegar for flavor when you can. Choose low-salt and no-salt pasta sauces.

Watch what you drink. Sweet drinks are another surprising source of sodium. Hard to believe just two tablespoons of unsweetened powder mix for a fruit-flavored drink contain 682 mg of sodium. Try unsweetened ice tea with a dash of lemon juice instead.

Don’t be fooled by protein shakes either. These meal replacements or between-meal snacks can be high in sodium as well. Some contain as much as 270 mg of sodium per 8.25 ounce serving. Drink a glass of low-fat milk or a smoothie, and cut the sodium intake by at least half.

Our modern diet based on dining out, lax cooking practices, and regular intake of processed and canned foods with a high salt content are largely to blame for our high sodium intake.

Since much of the food many of us eat contains high levels of sodium, it might be difficult to go cold turkey and cut daily sodium intake to 1,500 mg right away.

A good approach is to begin by limiting yourself to 2,300 mg of sodium a day, then gradually lower that figure over the course of several weeks until you reach your goal of 1,500 mg.

Tips for Dining Out: 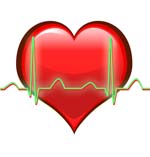 The Secret Ingredient Behind
a Healthy Heartbeat