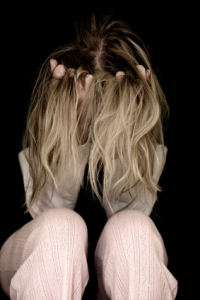 Depression often strikes for no apparent reason and can devastate entire families, even among those who are otherwise successful and healthy. Yet, there’s no denying the important role that lifestyle plays in your mood and mental health.

Not only do poor lifestyle choices make the symptoms of depression worse, but they may also be involved in triggering episodes. The following seven habits that follow are among the top depression red flags. If any of them sound familiar to you, changing your ways now could prevent a slippery decline in your mental health later on.

Exercise has been shown to work as well as antidepressants in treating mild to moderate depression. It’s associated with decreased symptoms of depression and anxiety and improved qualify of life, life satisfaction and psychological well-being.[i]

Exercise releases feel-good chemicals in your brain (including serotonin and dopamine), but beyond this it also increases the growth of new neurons in your brain’s hippocampus. It’s been suggested that the decrease in the synthesis of such brain cells might be linked to depression, and exercise might help reverse this.[ii]

Public health agencies urge you to stay out of the mid-day sun and slather on sunscreen daily, but this means you’re probably not getting enough vitamin D. Vitamin D supplementation has been shown to reduce symptoms of depression in women.[iii]

People with insomnia are 10 times more likely to develop depression than those who sleep well. Those with the highest risk of depression have both difficulty falling asleep and staying asleep.[iv] If you have trouble sleeping, this medieval root may help.

If you mull problems over at length in your head or to others, you’re a ruminator. While sharing problems with friends and loved ones is beneficial initially, rumination means that you are compulsively focused on the distress in your life. This is not healthy and, in fact, is strongly linked to depression. Ruminators develop depression about four times more often than non-ruminators.[v]

If you can’t stop ruminating, try distracting your negative thoughts with meditation or prayer. You can also try taking steps to start solving the problems that race through your mind and letting go of unattainable goals or expectations.

Being socially isolated significantly increases your risk of depression and is an increasingly common problem. About 25 percent of Americans have no meaningful social support and over half of Americans have no close friends outside of their immediate family.[vi] You may feel like you ‘don’t have time’ for friendships, but nurturing these relationships is essential to your mental health.

People who eat fast food regularly are 51 percent more likely to develop depression than those who eat it rarely or never.[vii] The more fast food you eat, the greater your risk of depression becomes … and —

People who eat processed pastries (muffins, doughnuts, croissants, etc.) are also significantly more likely to become depressed.[viii] There are likely two reasons for this. First, if you’re eating a lot of heavily processed foods, you’re probably not consuming enough of the nutrients that are protective against depression – like B vitamins and omega-3 fats. Meanwhile, these foods are highly inflammatory, and when your body is in an inflammatory state, production of pro-inflammatory cytokines is increased.

High levels of cytokines, in turn, may contribute to depression. Try limiting refined foods and sugar, which are pro-inflammatory, and focus instead on eating an anti-inflammatory diet. You should also embrace relaxation strategies, as stress can cause and exacerbate inflammation (and depression).

And, importantly, try the all-natural anti-inflammatory Heal-n-Soothe, which has 12 natural inflammation-fighting ingredients, including systemic enzymes. bromelain, turmeric, devil’s claw, boswellia extract, rutin, ginger extract and more. You simply won’t find a more powerful natural anti-inflammatory anywhere else, which is why anyone who suspects they’re facing chronic unchecked inflammation, and its related symptoms, must give this a try. And don’t worry, there’s absolutely no risk involved.

If you give it a try and don’t think it’s everything I claim, simply return your order within 90 days. You’re automatically covered by our 90-Day Money Back Guarantee.

3 thoughts on “7 Habits That Lead to Depression”