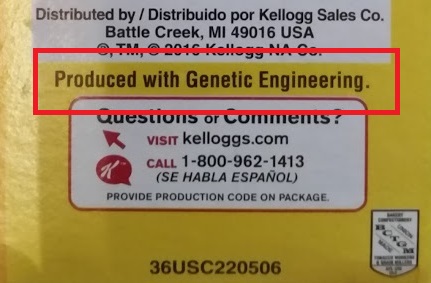 Don’t get excited. It’s not what you think.

Yes, it’s a new national standard to identify which of the nearly 80% of foods that Americans eat contain genetically modified ingredients.

And large food companies including General Mills, Campbell Soup Co. and Nestlé are fully on board with the new law.

Sounds good. Except that when most Americans think of GMO labeling, they think of plain English statements like, “Produced with Genetic Engineering.”

In a national poll of registered voters, respondents overwhelmingly (88%) said they prefer printed labels indicating the presence of genetically engineered ingredients, with nearly uniform results regardless of political party affiliation.

And that’s exactly what Vermont’s GMO-labeling law required when it went into effect on July 1st.

But Vermont’s law, and all other state-level laws designed to inform the public about GMOs present in foods, were struck down with a stroke of Obama’s pen when S.764 was signed into law.

That’s because the new law, which you can read here, includes this nugget:

“State Food Labeling Standards.—Notwithstanding section 295, no State or political subdivision of a State may directly or indirectly establish under any authority or continue in effect as to any food in interstate commerce any requirement relating to the labeling or disclosure of whether a food is bioengineered or was developed or produced using bioengineering for a food that is the subject of the national bioengineered food disclosure standard under this section that is not identical to the mandatory disclosure requirement under that standard.”

In simple terms, any state law not identical to the new national law is immediately null and void.

It makes sense to have a national standard for labeling consistency. But the law itself, written by big agri-business backed Senators Pat Roberts (R-KS) and Debbie Stabenow (D-MI), was deliberately designed to defeat its own purpose.

No wonder critics have dubbed the new law the DARK Act, or “Denying Americans the Right to Know.”

First, the new law purports to create a national standard – yet it actually gives the Department of Agriculture two full years to do so. In other words, GMO-labeling requirements have been delayed by two years while efforts by states like Vermont have been cancelled outright.

Second, and worse, companies no longer have to label GMOs in their foods!

If you’re shaking your head in bewilderment, you’re not alone. 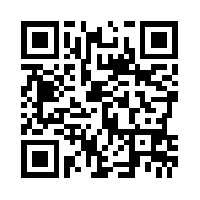 QR Code – Would you rather scan this or simply read a plain-English label?

The national standard will NOT require companies to plainly state the presence of GMO ingredients like the Vermont law did. Instead, companies can place a QR code for consumers to scan with their smart phone or phone number to call for details.

I don’t know about you, but I don’t plan to make several phone calls every trip to the grocery store just to find out if the food I want to buy has GMOs or not.

And not even 1 in 5 Americans have ever scanned a QR code… much less one to learn more about the food they’re purchasing. And if you don’t have a smart phone? Too bad.

Clearly, this law was a victory for big agri-business, not consumers.

Your best bet going forward is to buy only organic foods whenever possible, contact those companies whose brands you wish to purchase to ask them to plainly label their GMO-containing foods, and pressure members of Congress to write a better, consumer-friendly law.

And remember, if you see a QR Code rather than plain text on your food’s label, the company most likely has something to hide.