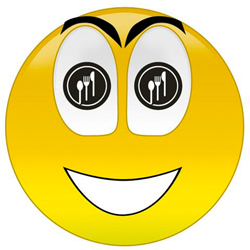 The visual system – the eyes, muscles, nerves and vision centers of the brain – is one of the most complex and highly demanding systems of the body.

It’s not surprising, then, that proper nutrition plays an extremely important role in preventing and treating all of the common eye problems – myopia, presbyopia, cataract, macular degeneration and glaucoma.

Nutrition’s exact role is becoming more and more clear. Some facts are already well documented and pioneering doctors are uncovering other directions that are very promising.

Before we can discuss each eye problem in greater detail, it’s important to keep in mind some general nutritional information:

1. Proper balance is important. The body does not use each vitamin and mineral in isolation. The absence of one may affect the body’s ability to use another. For example, proper amounts of magnesium and vitamin D are needed in order to absorb calcium efficiently and completely. And, without adequate levels of zinc, the body cannot utilize all the vitamin A it receives.

2. The Recommended Daily Allowances (RDA) suggested for most vitamins and minerals are most often only the minimum levels needed to prevent deficiencies. However, visual health — and total body health – most probably requires supplement levels that are significantly higher than the RDA. Cataract prevention, for example, may require the intake of vitamin C at a level 15 times greater than the RDA.

3. In today’s society, it is probably not realistic to expect to get all of our nutrients from food alone. No matter how wholesome and pure our diet might be, there are other factors that affect the nutrient content of the food we eat. How food is grown, how it is stored and how it is cooked all affect its nutrient value. Besides, the amount of nutrients a particular food is supposed to contain is measured under ideal laboratory conditions, which probably don’t reflect the food you are actually eating. Most of us have long known that carrots and vitamin A are supposed to be good for the eyes. Even so, 68% of the population is deficient in vitamin A.

Over the last 50 years, the carrot has lost 75% of its magnesium content, 48% of its calcium, 46% of its iron and 75% of its copper. Modern farming methods have depleted the soil of trace minerals vital to our health, such as selenium, manganese and vanadium. Even calcium and vitamin C are found in lower levels in fruits and vegetables now than they were 50 years ago.

4. On the other hand, “popping” vitamin pills is no substitute for a wholesome diet. The body loses a significant amount of nutrients depending on the kind of food we consume. For example, we lose the trace mineral chromium as our body tries to absorb white sugar.

And caffeine, refined flour, medication and preservatives also leach trace minerals and vitamins from our system. Also, there may be as yet undiscovered vitamins and minerals in food that someday will prove to be very important to our health.

5. Age, activity level and stress affect what your body needs and how well your body can absorb and use what nutrients it does get.

Keeping these general ideas in mind, let’s look at the role that nutrition may play in myopia. In the next part of this article we’ll look at other eye conditions. 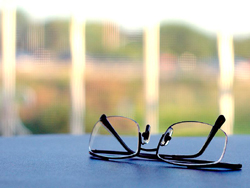 Myopia (nearsightedness) is a condition that affects nearly 1 out of every 3 people in the United States. Yet, only 3 out of every 100 myopic people are born that way; for everyone else, myopia is acquired at some point during their life span.

Myopia is the result of a degeneration of some part of the visual system. It’s so common to see someone wearing glasses that we forget that it is not natural. Myopic people are also more prone to develop more serious eye conditions, such as retinal detachment, glaucoma and cataracts.

The search for nutritional answers to myopia has focused on two different parts of the visual system: the shape of the eye and the functioning of the lens.

Let’s look at each of these separately:

One possible explanation for myopia is that it occurs when the eye elongates, stretching from front to back. Distortions as small as 4/100 of an inch are enough to produce extreme degrees of myopia. Exactly what causes this stretching is not clear, though it seems to be due to either increased intraocular pressure or excessive tension in the extra-ocular muscles.

Dr. Gary Price Todd, a North Carolina ophthalmologist, has been using nutritional and metabolic healing for different eye problems for more than 20 years. He is trained to do all the standard surgeries for the eyes, but he prefers to promote the natural healing of the eyes whenever possible.

Dr. Todd believes that most myopia develops in children during growth spurts. If the child is not receiving proper nutrition, the body literally takes minerals from the eye to use in the growth of the body. The resulting mineral depletion in the eye weakens its structure, making it susceptible to the forces and stresses involved in prolonged near work, including reading, studying, watching TV or using a computer – all of which are common activities for most of today’s children.

Dr. Todd has success in arresting the progression of myopia in children that he treats; in some cases, the degree of myopia has decreased. Dr. Todd achieves these results just by recommending that children under his care supplement their diet with a total vitamin and mineral formula which is particularly rich in the minerals selenium, chromium and zinc.

The formula that Dr. Todd originally developed for eye and body health is EYEMAX-plus.

Dr. Ben Lane, New Jersey optometrist and another pioneer in the role of nutrition in myopia and other eye diseases, concurs in the importance of these trace minerals in maintaining the strength of the eye. Dr. Lane has found that chromium levels in myopic children are 1/3 that of children with normal vision. (It is interesting to note that chromium is depleted in the body by white sugar, eaten all too frequently by many children today.)

Calcium levels are also lower in nearsighted children. Dr. Lane found that children increasing in the degree of myopia have diets extremely deficient in calcium. Dr. Lane thinks that in the face of this dietary deficiency, the body takes calcium from the eye to help support bone growth. This calcium lack then makes the eye susceptible to the forces playing on it during prolonged periods of near work and visual stress. Dr. Lane has also found that these children also eat too much meat protein (a poor source of calcium) and too little calcium-rich milk products and stalky vegetables. Caffeine (found in soda as well as in coffee) is known to leach calcium from the body. 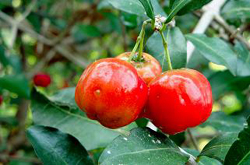 Dr. Lane has also found that Vitamin C is important. He has noted that low levels of dietary intake of Vitamin C are associated with increases in pressure in the eye. This increasing pressure also is associated with the visual fatigue that can result from extended periods of near work. The focusing mechanism needs adequate levels of vitamin C and chromium for efficient functioning. Adequate levels of Vitamin C are also needed to ensure the strength and structural integrity of the eyes.

Vitamin C is leached from the body by artificial flavors and ingredients and aspirin. It is generally recommended that an adult take between 500 and 1000 mg. a day, increasing the quantity during periods of high stress (including visual stress and extended periods of near range work).

Another vitamin that Dr. Lane thinks is of critical importance is folic acid, which helps the eyes to maintain near focus for longer periods of time as well as increase the eyes’ ability to absorb nutrition from the body. He thinks that folic acid should come from food sources rather than from vitamins.

Drs. Todd and Lane have focused their studies on the nutritional factors involved in maintaining the structural integrity of the eye. Another explanation for myopia, also incorporated in Dr. Lane’s theory, is that the lens has lost some of its ability to change focus, due to the constant pressure placed on it to maintain near point focus (e.g., when reading, writing, using a computer).

According to this theory, myopia occurs when the lens becomes “stuck” for near point vision and is unable to shift its focus to distant objects. Normally, the lens has the power to change its focus more than enough to compensate for individual differences in the length of the eye.

Dr. David A. Kubicek, a California doctor of chiropractic, explored the role of the lens in a research paper he wrote in 1988. This is a synopsis of his theory and his recommendations:

To test his theory, Dr. Kubicek devised a simple muscular test that would tell him which system was weak for an individual. By performing only this simple test, he was able to predict – with 100% accuracy – which subjects were nearsighted and which were farsighted. Dr. Kubicek was then able to use this procedure and his knowledge of biochemistry to devise the right combination of nutrients that could promote proper functioning of the lens and thus help to improve vision at all distances.

Certain nutrients are known to increase sympathetic activity and others are known to increase parasympathetic activity. Nutrients that might be beneficial to nearsighted people would be vitamins B-2 and B-6, folic acid, niacinamide, zinc, magnesium and phosphorus, among others. (On the other hand, Dr. Lane cautions against phosphorus intake. His research indicates that what is most important is maintaining the balance in the body between calcium and phosphorus, a balance which is upset by the intake of too much animal-derived protein.)

The answers aren’t all in yet as to the exact role that various nutrients play, but it is clear that the onset of myopia can be an early indicator of nutritional deficiencies and imbalances in the visual system — and in the entire body.

Don’t miss Part 2 where Martin Sussman talks about three more forms of eyesight degeneration: Presbyopia, Cataracts, and Macular Degeneration, how to prevent the leading cause of blindness, and avoid the most common surgical procedure in the United States.

Part 2: Save Your Eyesight (Without Surgery)

Martin Sussman, an internationally known expert in holistic vision care, is the author of five books, audio courses and DVDs, including the #1 best-selling The Program for Better Vision and the Read Without Glasses Method (for middle age sight). He is the founder and president of the Cambridge Institute for Better Vision, which he established in 1977.

3 thoughts on “Feed Your Eyes… Save Your Sight”