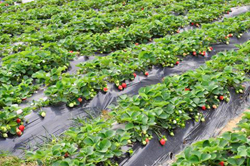 The great bastion of (ahem) public health and safety known as the United States Environmental Protection Agency, continues to push forward the highly carcinogenic neurotoxin methyl iodide as an approved fumigant for… produce.

Yes, you read right. Carcinogenic. Neurotoxin. On your food. Government approved and sanctioned. Well, thanks guys.

It’s not like they weren’t warned. In fact, a 2007 letter to the EPA’s Administrator from no less than 54 top scientists, including five Nobel Laureates in chemistry, practically begged him to prevent the registration of this chemical as an approved fumigant. I know because I’ve personally read their letter.

Their concern is unusually high, particularly when you consider their industry regularly promotes the use of toxic chemicals for agricultural use. Here are just a few highlights of the concerns raised in their letter:

Did you catch that? The EPA is fine with exposing 1 in 20 farmers and nearby residents to a poisonous chemical that can permanently disable or kill them.

The chemists who handle this chemical are no dummies. They won’t take chances with their own health and require special safety measures to avoid methyl iodide exposure before handling even tiny quantities in the lab.

Yet proponents of methyl iodide use in agriculture say use of up to 175 pounds of the chemical per acre in agriculture is just fine… with respirators, impermeable tarps, and other precautions.

Just gloss over the fact that similar protections did not protect people nearly half a mile away from acute poisonings in the past. They were hospitalized from downwind exposure to significantly less toxic fumigants.

Imagine what will happen with widespread use of what John Froines, professor of environmental health sciences at the University of California, Los Angeles calls “one of the most toxic chemicals on earth.”

So why the rush to market on this health hazard? Is there some kind of back room wheeling and dealing going on? 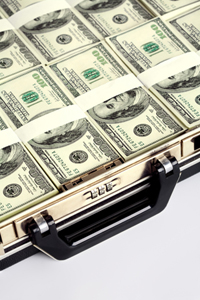 Close industry ties to the EPA certainly raise a few eyebrows, including my own during situations like these — like when I discovered that Elin Miller, the former President and CEO of Arysta LifeScience North America & Australasia, was appointed by the EPA as their Region 10 Administrator managing all EPA programs in Washington, Oregon, Idaho and Alaska just a year before EPA’s approval of methyl iodide use. If you’re not familiar with Arysta LifeScience, they manufacture the MIDAS ® fumigant which includes the methyl iodide as a key component.

As far back as 2006, scientists inside the EPA itself sent a letter to the EPA’s Administrator through their union, complaining of political pressure from both inside the agency and from former EPA officials currently representing the pesticide and agricultural industries.

Conspiracy theories aside, the publicly promoted reason for methyl iodide’s use is as a replacement for another toxic pesticide, methyl bromide, which is being phased out due to a ban by the Montreal Protocol international climate treaty which claims methyl bromide harms the ozone layer.

I’m no chemist, but by my math, exposure that’s both four times more likely and four times more harmful means they’re replacing one toxic chemical with another that’s at least 16 times worse.

And, depending on who you ask, methyl iodide is anywhere from 10% to 350% more acutely toxic — which measures how much is needed for HALF of exposed experimental animals to DIE. By the way, these figures are before taking into account that methyl iodide is so reliable at causing cancer it’s used for just that purpose in animal-based cancer studies.

Now methyl iodide has hit the news in a once again as California closed its public comment period last month. As I write this, regulators there are prepared to formally approve the pesticide’s use on strawberry fields in the state — where 90% of our nation’s strawberries are grown. This in spite of a negative report by a scientific committee tasked with weighing the chemical’s impact and a record-setting 50,000 comments made by the general public — the vast majority opposed to its approval.

But consumers of strawberries and neighbors of California farms aren’t the only ones who should be concerned. Methyl iodide is already approved in all but 3 states. It’s being used right now to fumigate over 15,000 acres of strawberry, tomato, and pepper fields across the American southeast. Japan and Turkey have already approved the chemical too, with several more countries pending.

Simply touching the chemical forms skin blisters, and inhaling it causes severe respiratory problems. While methyl iodide is supposed to be injected into the soil prior to planting as opposed to being applied directly to plants or fruit, you certainly won’t find me taking a bite of anything grown in such an environment.

So once again, let me encourage you to eat organic. And if you live near a farm not committed to using organic methods? Well, you might want to consider moving.

We originally published this article last summer as a consumer health heads-up in our premium print newsletter, Get Healthy & Fit.

More bad news about methyl iodide has come out in recent weeks.

In the final days of former California governor Arnold Schwarzennegger, an “emergency” fast-track of the toxic chemical’s approval at the California Department of Pesticide Regulation provided for its use on fields in that state as well.

While the California DPR touts the claim that it has the “most stringent restrictions in the nation” on its use and a lawsuit has already been filed to prevent the use of methyl iodide altogether, the bottom line is we can’t trust the government to protect our health.

By all means, eat organic. In fact, when possible, buy from your own local organic farmers. That support not only helps protect the health of you, your loved ones, and the farmers who grow and pick your food, it also makes it possible for organic farmers who put food safety and quality above profits to continue producing safe food so that we may all continue to benefit in years to come.

California Department of Pesticide Regulation. DPR Announces Decision to Register Methyl Iodide with Most Stringent Restrictions in the Nation. 2010 Dec 1.