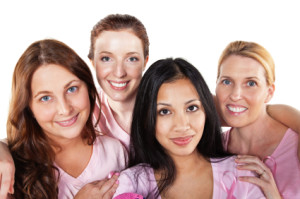 It’s estimated that up to 80 percent of women will have an ovarian cyst at some point during their lives. These small, fluid-filled sacs are most often formed during the menstrual cycle (known as “functional cysts”).

In many cases these cysts may go away on their own in a matter of weeks and months, and you may not even know they were there.

If ovarian cysts are discovered during a routine pelvic exam or via an ultrasound, your doctor may recommend watchful waiting to see if the cyst gets larger, surgery or even medications like birth control pills (which stop you from ovulating, making it less likely that you’ll form new cysts).

Many women prefer to avoid invasive surgeries and exposure to synthetic hormones via the pill, which is associated with a wide range of its own side effects, like back pain, loss of sexual desire, and deep vein thrombosis.

What your doctor may not have told you is that there are natural options available that can help to lower your risk of developing ovarian cysts as well as help to dissolve them naturally in your body.

Many ovarian cysts develop with no known cause, but there is also a theory that hormone imbalances, including excess estrogen, may be involved. Natural health practitioners often recommend reducing estrogen exposure as a key method for preventing ovarian cysts. You may be surprised at how many sources of environmental estrogen you come in contact with on a daily basis – and this, of course, includes birth control pills, which contain synthetic estrogen. Other potential estrogen sources to avoid include:

Polycystic ovary syndrome (PCOS), which causes women to grow many small cysts on their ovaries, is also related to a problem with hormonal balance, but in this case it’s usually that the ovaries are producing too much male sex hormones known as androgens. Women with PCOS are likely to have chronic low-grade inflammation, and this has emerged as a key contributor to this disease.[ii]

If you already have, or suspect you have, ovarian cysts, meanwhile, you can help your body to break them down naturally using systemic enzymes.

Systemic enzymes are unique because they enter your bloodstream to provide ‘systemic’ health benefits (unlike digestive enzymes, which are used up in your gut to digest your food). As they travel through your body, systemic enzymes fight inflammation, stimulate your immune system and much more. If you have PCOS, which has a significant underlying inflammatory component, this is invaluable, as systemic enzymes have an unsurpassed ability to fight chronic inflammation.

Equally important if you have any type of ovarian cysts is the ability of systemic enzymes to break down dead or foreign tissues, including not only the cysts themselves but also scar tissue that may build up if the cysts have ruptured. As explained by Dr. William Wong, ND, PhD, further explains:[iii]

“Systemic enzymes have been shown in research to reduce the engorgement (swelling and pain) of fibrocystic conditions. Along with that the fibrinolytic action can eat away at the cysts … themselves, reducing their size or eliminating them all together over time!”

“When I recommend … [this] combination I’m often asked if all of the estrogen control measures need be taken together or if one measure alone will do. I believe in fighting an all-encompassing battle not just a war on one front. While I’ve seen each of the individual approaches succeed, I’ve also seen each of the individual approaches fail, but together they have an extraordinarily synergistic and sweeping action.

… And of course the must haves are the Systemic Enzymes … without the enzymes, you are fighting the formation of new cysts … but not aggressively eating away at those already existing. The goal is their complete elimination, this may take time though in two reports I’ve received from fibrocystic breast disease sufferers, one gal even being an MD, the cysts and everything related to them were gone in a matter of weeks!”

The Best Way to Replenish Your Body’s Systemic Enzymes

If you have ovarian cysts, your body likely needs extra support from oral systemic enzymes. Systemic enzymes are naturally produced in your pancreas, but your natural production declines with age; these inflammation-busters become largely depleted as you hit 40 and over, with declines beginning in your 30s. Replenishing your supplies is easy with Heal-n-Soothe, the best systemic enzyme formula to replenish your body’s supply of vital enzymes. Heal-n-Soothe®” not only gives you the healing power of systemic enzymes in a convenient capsule but it also goes where no other proteolytic supplement has or will with …

1 thought on “Enzyme Therapy for Ovarian Cysts? What Your Doctor Didn’t Tell You”