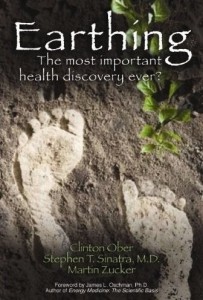 Chronic disease is reaching epidemic proportions in the Western world. In the United States it’s become so problematic it even represents a major factor in the growing national debt.

Treating patients with chronic disease accounts for 75% of the nation’s healthcare spending, surpassing $2.3 trillion in 2008. But while that makes the U.S. number one in terms of expenditures, the U.S. falls to 32nd place in terms of quality, according to World Health Organization statistics.

While the monetary cost is huge, the human cost is staggering. Chronic disease has become the leading cause of death and disability in the United States.

Age-related osteoporosis affects about 28 million Americans. Diabetes accounts for 10% of all health care dollars spent, and its frequency is increasing rapidly. Compounding the problem, many patients suffer from several of these problems simultaneously.

Modern healthcare’s pre-occupation with treating symptoms has distracted us from noticing a common denominator to many diseases: Our contemporary civilization may be depriving us of something our bodies require if we are to be healthy. Perhaps this missing ‘‘something’’ is significantly associated with all of the costly and uncomfortable chronic diseases mentioned above.

Is the Solution Right Underfoot?

The field of energy medicine has many answers to the chronic disease epidemic. One of the most exciting of these approaches is described here.

Two physicians in Hungary, Pawel and Karol Sokal, have looked for universal regulating factors in nature that are related to the chronic diseases they see every day in their clinics. They have concluded that interaction of the human body with the electrical charge of the earth is one such factor.

There is growing evidence that a connection to the earth (sometimes referred to as Earthing or grounding) is essential for normal physiology. Our shoes, with their insulating soles made of plastic or rubber, and our contemporary homes and buildings, have disconnected us from a vital ‘‘nutrient’’ in the form of electrons from the earth.

The Sokals measured parameters that are used routinely to diagnose many of the diseases listed above. Specifically, diabetes, osteoporosis, hyperthyroidism and related metabolic, endocrine and regulatory disorders produce characteristic changes in blood chemistry.

The Sokals studied the effects of connecting the human body to the earth on various aspects of blood chemistry and urinary excretion, using well-controlled double-blind study designs. Earthing or grounding during sleep resulted in statistically significant changes in the concentrations of minerals and electrolytes in the blood. There was also a statistically significant reduction in renal excretion of both calcium and phosphorus during a single 7- or 8-hour night of sleeping grounded or Earthed.

These reductions in blood and urinary calcium and phosphorus directly relate to osteoporosis. Specifically, Earthing for a single night reduced the primary indicators of osteoporosis.

Why is this important? Consider the cascade of effects:

The point is, the numerous chronic issues identified through studies of blood chemistry interact with one another.

The Sokals also found that Earthing the human body during rest and physical activity has a direct, beneficial effect on the regulation of blood glucose. Recall from above that diabetes currently accounts for 10% of all health care expenditures in the United States.

The Sokals also discovered that thyroid function is influenced by Earthing, as documented by a significant decrease of free tri-iodothyronine and an increase of free thyroxin and thyroid-stimulating hormone. Through a series of feedback regulations, thyroid hormones affect almost every physiologic process in the body, including growth and development, metabolism, body temperature and heart rate.

One popular book, Earthing: The Most Important Health Discovery Ever?, describes the significance of contact with the surface of the earth and documents beneficial effects on many chronic diseases. More examples are described in dozens of reviews of the book.

Reviewers report dramatic effects on their health after simply taking off their shoes and socks then walking barefoot on the grass. Others who used various conductive systems that bring the benefits of outdoor barefoot walking into their homes or workplaces report dramatic health improvements and life-changing experiences.

Clearly the electrical rhythms and electrons conducted over the surface of the earth can have beneficial effects on human physiology and health when the body is in contact with the earth. Most of this research has been done by scientists and experts on human performance who have been inspired by seeing the benefits of Earthing.

*** Article continues below the break ***

This article first appeared in our monthly print newsletter, Get Healthy & Fit®.

Members can listen to Jesse’s complete interview with Dr. Oschman on the scientific basis of energy medicine.

Just for giving Get Healthy & Fit® a try with a free 30-day preview membership, you’ll also get a free copy of our Pilates Made Easy DVD (a $29 value) just for taking a look.

The most recent research has important implications for cardiovascular disease, which is the number one killer worldwide: Earthing reduces the viscosity of the blood.

The importance is that virtually every aspect of cardiovascular disease has been correlated with elevated blood viscosity. While the heart patient should obviously be under the care of a physician, they can also help themselves by removing their shoes and socks then standing barefoot in the grass.

The idea that nature has influences that are vital for the proper functioning of mind and body has been thought about for thousands of years, and in the last century has been repeatedly confirmed by science. For instance, studies done in 1919 and subsequent work showed that sunlight is essential for the chemical reactions in the skin that lead to the synthesis of vitamin D, which, in turn, is vital to calcium metabolism and bone formation.

Other subtle and not-so-subtle environmental influences have been the topic of much research. For example, a study published in 1984 showed that surgical patients assigned to hospital rooms with windows looking out on a natural scene had quicker recoveries than patients in similar rooms without a view of nature.

A new field of evidence-based health care design has emerged. In 2001, another group demonstrated that views of nature help children concentrate and maintain better behavior in school, and that areas in public housing with trees and grass have lower levels of violent crime. In Walden, Henry David Thoreau, the dean of American nature writers, stated that, ‘‘we need the tonic of wildness.’’

Many chronic diseases are lifelong conditions which impact the quality of life not only of those suffering from the diseases, but also of their family members, caregivers and others. Stemming the growth in the enormous costs related to chronic disease has become a major policy priority, as the government, employers, and consumers increasingly struggle to keep up.

One can count on the fingers of one hand the genuine discoveries in the history of medicine that have totally and unequivocally changed our understanding of health and disease, and thereby improved the quality of life for literally millions of people.

The discovery of bacteria and viruses as the causes of disease, the development of vaccination and antibiotics, the discovery that we can see inside the body with X-rays and other forms of energy, trauma medicine and organ transplantation come to mind.

Discovery of the underlying causes of chronic diseases would be another milestone, and may now be within reach.

A hypothesis is a proposition that attempts to explain a set of facts in a unified way to form the basis for experiments that can establish its plausibility or refute it. Simplicity, elegance and consistency with previously established hypotheses or laws are major factors in determining the value of a hypothesis.

With respect to chronic diseases, a plausible, testable and refutable hypothesis is that all chronic diseases have a single underlying cause: the stress that produces and maintains chronic inflammation. Such stress includes environmental factors of various kinds, including those that disturb physiology and those whose absence is disruptive. Here, both sunlight and contact with the earth have been mentioned as essential environmental requirements for health.

A corollary to the hypothesis is that the thousands of so-called diseases that have been named may actually be an elaborate classification system of the various symptoms that can arise from a single underlying condition: inflammation. A major contributor to the inflammation hypothesis is the abundant biomedical research on the links between chronic inflammation and virtually every chronic disease. A search of the database of the National Library of Medicine, PubMed, reveals hundreds of thousands of peer-reviewed studies documenting relationships between inflammation and common inflammatory conditions.

Evidence from the Sokal study, along with related studies, show that Earthing may be a major piece of the inflammation/chronic disease puzzle. The Sokals also studied the effects of Earthing on the reaction to vaccination. This is the first study of its kind, and provides a model system for future investigation of the role of Earthing in inflammation and for testing the inflammation hypothesis.

While much more research is obviously needed to substantiate or refute the inflammation hypothesis and the role of Earthing, the subject is obviously of profound importance and worthy of further investigation, given the toll chronic disease takes on our health and happiness and its contribution to our national debt.

In the meanwhile, nothing is stopping you from enjoying and exploring the potential health advantages of Earthing for yourself. Except perhaps your shoes, socks and the floor.

Jim Oschman is the award-winning author of Energy Medicine: the scientific basis, and Energy Medicine in Therapeutics and Human Performance. He lectures widely on the science behind a variety of emerging medical techniques. Jim has degrees in Biophysics and Biology from the University of Pittsburgh. He has worked in major research labs around the world. He has published more than 100 articles and books, and his scientific papers have been published in the world’s leading journals. Jim has both taught and attended classes at various therapeutic schools around the world, and experienced a wide range of bodywork techniques. Finally, Jim has become involved in the development of cutting-edge medical devices and other applications of the emerging concepts of energy medicine. Jim is a member of the Scientific Advisory Board for the National Foundation for Alternative Medicine, and is the recipient of the Foundation’s Founders Award. He has also received a Distinguished Service Award from the Rolf Institute and a Career Award from the International Fascia Research Congress. He is also a member of the editorial board of the Journal of Alternative and Complementary Medicine.