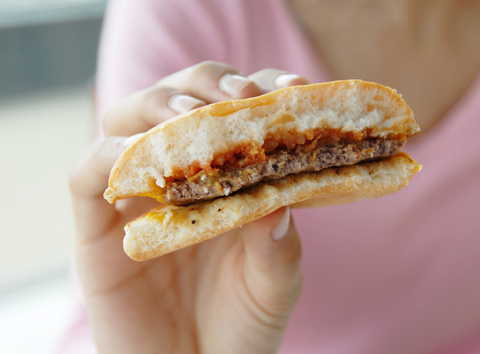 Usually not more than a few months go by without reports of the latest E. coli outbreak. This bacteria, formally known as Escherichia coli, lives in your intestines and oftentimes is harmless. But certain forms are very dangerous and capable of causing serious illness.

You’re probably aware that E. coli poisoning can cause food-poisoning-like symptoms, such as diarrhea, but certain types may also cause urinary tract infections, respiratory illness and pneumonia. One of the worst types of E. coli — O157:H7 — can cause bloody diarrhea, kidney failure and death.

Anyone can get sickened by E. coli poisoning, but knowing what to watch out for, and what to do if symptoms arise, are among the best ways to protect your family and stay safe.

You can be exposed to E. coli via food, water, contact with animals (especially cows, sheep and goats), or person-to-person (if an infected person does not wash their hands well after a bowel movement, etc.). In the United States, the most common sources of E .coli poisoning are food, including:

6. Symptoms Can Mimic Other Illnesses

E. coli poisoning symptoms include diarrhea (mild to severe and bloody), abdominal cramping or pain, and nausea or vomiting. They can occur anywhere from one day to more than a week after exposure. Symptoms of the more serious complication hemolytic uremic syndrome (HUS, see #4 below) typically occur after one week and include decreased urine production, tea-colored urine and facial pallor. If you notice symptoms of HUS, seek medical attention immediately.

5. Children and the Elderly are Most at Risk

Anyone can be sickened by E. coli, but in healthy adults the illness generally runs its course with no treatment necessary in six to eight days. Young children, the elderly and people with weakened immune system are not only more likely to become ill from ingesting E. coli, but also are more likely to experience serious or even life-threatening complications.

Antibiotics are commonly given to patients with diarrhea, even if a stool sample confirms it to be the result of E. coli poisoning. However, giving antibiotics is not recommended for E. coli infection by public health agencies like the U.S. Centers for Disease Control and Prevention (CDC) because it is linked to an increased risk of hemolytic uremic syndrome (HUS), which can lead to kidney failure.[i]

The “no antibiotics” rule is generally advised for infections caused by E. coli that makes a toxin called Shiga toxin (sometimes referred to as Shiga toxin-producing E. coli, or STEC). This includes E. coli O104:H4, which caused a large outbreak in Europe in 2011, and E. coli O157:H7, which is more common in North America.

3. Rest and Fluids is Often the Best Remedy

If you think you, or a family member, has been exposed to E. coli poisoning, it’s best to seek medical help right away, especially if it involves a child or senior citizen. However, in many cases, resting and drinking plenty of fluids is the best course of treatment (children may need to be hospitalized to prevent dehydration from diarrhea). Anti-diarrheal medications should generally be avoided, as they will slow your body’s attempts to get rid of the toxins.

2. Avoid the Riskiest Foods if You’re Concerned About Infection

These include undercooked ground beef, alfalfa sprouts and unpasteurized dairy or juices that have come in contact with the bacteria (some raw milk producers do test their milk for E. coli on a regular basis, however).

1. Hand Washing is One of the Best Ways to Prevent Infection

E. coli bacteria is spread via feces, often on contaminated hands that then transfer the bacteria to common objects. Be sure to wash your hands before eating or preparing food, after using the bathroom and diapering infants, or if you come into contact with farm animals like cows, sheep or goats (or their living environments). 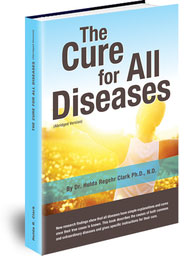 I invite you to get a FREE COPY of Dr. Hulda Clark’s book here, today!

The groundbreaking natural health bible, ‘The Cure for All Diseases,’ includes extensive information on not just E. coli but other bacteria, parasites, and toxins that might be making you sick.

Many have suggested that Dr. Hulda Clark should be nominated for a Nobel Prize in Medicine. Tens of thousands swear they’ve CURED themselves of chronic pain and disease using her methods. For invasive E. coli, Dr. Clark recommends a simple Bowel Program that involves six simple steps. We’ve included the first three in an excerpt from ‘The Cure for All Diseases’ below, but it can take all six steps to get rid of all the bad bacteria.

“Bacteria are always at the root of bowel problems, such as pain, bloating and gassiness .. Although most bowel bacteria are beneficial, the ones that are not … are extremely detrimental because they have the ability to invade the rest of your body and colonize a trauma site or weakened organ. These same bacteria colonize a cancer tumor and delay healing after the malignancy is stopped. Another reason bowel bacteria are so hard to eradicate is that we are constantly reinfecting ourselves by keeping a reservoir on our hands and under our fingernails.

Want to read the final three steps? Get a FREE COPY of ‘The Cure for All Diseases’ today!