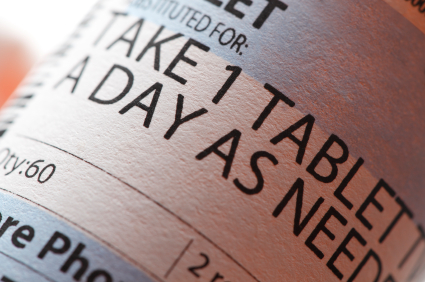 While most cases of back pain result from muscle imbalances caused by repetitive actions and unbalanced postures we assume every day, there are other culprits too.

5 Common Drugs That May Cause Back Pain

If you struggle with back pain and you’re taking one of the following extremely common medications, it could be causing, or contributing to, your pain.

The decision to take a pharmaceutical drug, especially if it’s for a chronic condition that may be better treated with lifestyle changes, must be done with care and caution. Unbeknownst to many, millions of people end up in the emergency room (ER) every year after taking prescription drugs.

In fact, according to data from the National Institute on Drug Abuse, in 2009 there were close to 4.6 million drug-related ER visits and nearly 50 percent were attributed to adverse reactions to pharmaceuticals taken as prescribed![ii] Another 45 percent involved drug abuse, with the majority again involving abuse of pharmaceuticals, including prescription and over-the-counter (OTC) drugs and dietary supplements.

Deaths from prescription painkiller overdoses is a particularly alarming problem that has been labeled a silent epidemic. According to the U.S. Centers for Disease Control and Prevention (CDC):[iii]

“Drug overdose death rates in the United States have more than tripled since 1990 and have never been higher. In 2008, more than 36,000 people died from drug overdoses, and most of these deaths were caused by prescription drugs.”

Drugs for Back Pain? Beware …

This brings us full circle, as if you’re taking one medication, such as a statin, that makes your back hurt, you may then end up taking a prescription painkiller for relief. It’s a vicious cycle that often results in increased intake of prescription drugs, and with it the risk of addiction, overdose and other side effects. Consider …

Avoid These Common Medication Risks AND Heal Your Pain …

Medications are not always the best option to cure what ails you. In fact, your best bet is to work with a health care provider who can advise you on how to live your life in a way that supports health and healing via proper diet, exercise, stress relief, sleep, and using non-drug methods to resolve your current ailments.

If back pain is bothering you, Heal-n-Soothe is a natural anti-inflammatory formula that contains 12 of the most powerful and safest anti-pain ingredients. Unlike conventional pain medications that simply cover up your pain like a Band-Aid … Heal-n-Soothe actually HEALS the underlying condition causing your pain. Even better, it does it without giving you another health issue to deal with, the way so many prescription and OTC drugs do.

2 thoughts on “5 Drugs That May Cause Back Pain”