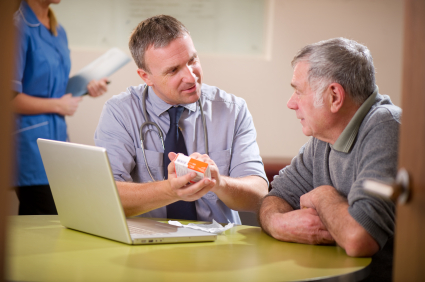 Are you feeling forgetful? Foggy headed? Just not quite as sharp as you used to be?

While these can be signs of dementia, more often they’re simply normal declines in memory that typically start to happen around age 50 (though they aren’t inevitable, which I’ll explain later).

However, if you take medications it’s worth checking if your memory loss could be a drug side effect. While most are aware that pharmaceuticals can cause stomach and skin issues, fewer realize that they can also impact your brain. Board-certified geriatric pharmacist Dr. Armon Neel, Jr. recently shared 10 such drugs that may cause memory loss with AARP, several of which are listed below:[i]

Are You Taking One of These Top 10 Drugs That May Harm Memory?

Xanax, Valium and Ativan are examples of benzodiazepines drugs used to treat anxiety disorders and seizures. These drugs interfere with the transfer of events from your short-term to long-term memory. In fact, they’re used as a part of anesthesia during surgical procedures for this very reason!

Seizure drugs (which are also sometimes prescribed to treat nerve pain and mood disorders) include Lyrica, Depakote, Topamax, Neurontin and others. These drugs work by lessening central nervous system signals, which can lead to memory loss.

Requip, Apokyn and Mirapex are examples of dopamine agonist drugs used to treat Parkinson’s disease and sometimes restless legs syndrome. Memory loss, confusion and compulsive behaviors (such as overeating) are often side effects of the drugs, as they interfere with the workings of the chemical messenger dopamine in your brain.

Beta-blockers like Tenormin, Lopressor and Timoptic interfere with chemical messengers including norepinephrine and epinephrine, sometimes leading to memory problems. They’re often used to treat high blood pressure but are sometimes used for chest pain, migraines, tremors and glaucoma as well.

Insomnia drugs like Lunesta, Sonata and Ambien (sometimes also prescribed for anxiety) also impact brain pathways and chemical messengers that can result in short- and long-term memory problems. The drugs are also linked to amnesia and engaging in strange behaviors that you can’t remember upon wakening.

Drugs used to treat overactive bladder, including Enablex, Detrol and Ditropan XL, block the action of acetylcholine, a chemical messenger, to prevent involuntary contractions in the bladder … however, blocking acetylcholine also inhibits activity in your brain’s memory and learning centers. The effect was so strong that one study compared the drug’s brain impact to 10 years of cognitive aging![ii]

First-generation allergy medications like Dimetane, Clistin and Benadryl also inhibit acetylcholine, which may lead to memory loss by inhibiting the activity of memory and learning centers in the brain.

Statins such as Lipitor, Crestor and Zocor are effective at lowering cholesterol, but cholesterol in your brain is important for nerve cells to make connections necessary for memory. According to one study, statins keep the brain from making cholesterol, thereby lessening brain function.[iii] Certain statins, such as Pravachol, have also been linked to memory impairment and worsening cognitive function.[iv]

Tricyclic antidepressants such as Elavil, Sinequan and Vivactil block the action of chemical messengers, including serotonin and norepinephrine, in your brain. This may lead to varying degrees of memory impairment, which about 35 percent of those taking the drugs report.[v]

Commonly used pain medications such as Vicodin, OxyContin, and Duragesic work by dampening pain signals in your central nervous system along with lessening your emotional responses to pain. Some of the chemical messengers worked on by the drugs are also involved in cognition, leading to impairments in short- and long-term memories. If you’re taking these painkillers for back pain, you can read about safer alternatives here.

What Can You do to Protect Your Memory and Brain Function?

If you’ve noticed memory lapses that seem to coincide with starting a new prescription, talk with your health care provider, as there could be a link. If not, take this five-question quiz to find out if, in fact, you’re starting to lose your memory …

It’s important to understand that declines in memory are not inevitable — your lifestyle is intricately connected to your memory and brain function, which is why making positive changes like exercising, meditating for stress relief, eating right (including plenty of B vitamins and omega-3 fats), can significantly boost your brain. So, too, can staying social and challenging your mind with new hobbies or interests (like travelling, volunteering or starting a business).

If you’re looking for even more ways to sharpen your mind, you’ll also want to look into the new comprehensive brain formula that floods your brain with powerful memory-boosting nutrients while at the same time soothing your nerves and helping to restore balance in your body and mind.

This breakthrough formula contains memory powerhouses like ginkgo biloba and alpha-lipoic acid, an antioxidant that is scientifically proven to reverse memory impairment,[vi] along with L-tyrosine… St. John’s wort … L-phenylalanine … and L-theanine to support your stress hormones … ease depression … and enhance relaxation, plus much, much more.

It’s called Advanced Memory Support, and it’s been receiving rave reviews from people just like you. You are protected by our 100% 90-Day Money-Back Guarantee of Satisfaction, so you have nothing to risk — and absolutely everything to gain — by giving it a try.