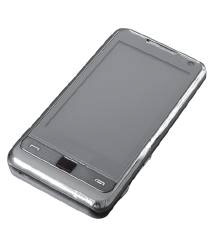 Can your cell phone cause a deadly brain cancer?

Did you hear that the International Agency for Research on Cancer (part of the World Health Organization) concluded this week that cell phone use may cause cancer?

They put cell phone use in the same category of risk as the pesticide DDT and exhaust fumes.

We’ve known about the cancer hazard of cell phones for a long time now. What’s finally hitting the mainstream news now we told subscribers to our print newsletter Get Healthy & Fit about in detail nearly a year ago!

Look, I know cell phones are a part of modern life. I use them too and won’t be getting rid of mine anytime soon.

That’s why we didn’t just broadcast a warning that “cell phones are dangerous.” Instead, we gave specific advice on what you can do to protect yourself.

Today I would like to share with everyone the cell phone risk article we ran in GHF last year by our friend and medical advisor, Dr. Al Sears, MD, in its entirety:

Do Cell Phones Cause Brain Tumors?

Did you know your cell phone emits electro-magnetic radiation?

This is something entirely new to the human race, and may be a threat to our health.

Here’s the problem: Your body has its own electro-magnetic field. And the waves from your phone interfere with this field.

Initially, this electro-magnetic interference can trigger headaches and fatigue. But over time, it may damage the DNA in your cells, which could lead to cancers, especially brain tumors.

But, thanks to a new technology, you can use your cell phone for as long as you like, while “canceling out” the radiation.

And that’s good, because you need to do something.

The Environmental Working Group (EWG), a non-profit research organization based in Washington D.C., released a report analyzing over 200 scientific studies on the dangers of cell phone radiation.1

Here’s a breakdown of what they found:

Behavioral problems: A study of 13,159 Danish children showed 80 percent elevated risk for emotional and hyperactivity problems among young children who use cell phones and whose mothers also used cell phones during pregnancy. (Divan 2008.)

It may be even worse for children:

Why Do They Keep Telling Us Cell Phones Are Safe?

The government agencies that regulate cell phones, the Food and Drug Administration (FDA) and the Federal Communication Commission (FCC), have all but ignored this evidence.

Surprisingly, the radiation guidelines the FDA and FCC adopted 17 years ago, which are still in use, were written by the cell phone industry.

And get this: They allow 20 times more radiation exposure to the head then the rest of the body.

So what are they hiding?

Here’s what I discovered…

Would You Cook Your Head in a Microwave?

Using a cell phone is like slowly cooking your head in a microwave. I’m not saying this to scare you.

One study from German researchers reveals:

Using your cell phone for just 4 minutes heats up the side of your head by as much as 7 degrees.2

Have a look at the pictures below.

They were taken with infrared cameras to show how the person’s head heated up when exposed to cell phone radiation.

The picture on the left is the person not exposed to anything. The heat measured around his face is 81.5 degrees Fahrenheit.

The picture in the middle is the person after just 4 minutes on a cell phone. The heat around his face is now at 88.7 degrees, an increase of 7.2 degrees.

The picture on the right is the same person after 4 minutes on a cell phone BUT using this new technology that protects you from radiation. His recorded temperature is 81.5 degrees… the same temperature before he used the cell phone.

The evidence is clear: When he used an unprotected cell phone, his head was significantly heated up by radiation.

When he used a protected cell phone, there was no heating-up effect from radiation. In fact, there was NO CHANGE in temperature, even though he used his phone.

But there’s more to cell phone radiation than cooking your head.

All living beings have a natural electric field. These fields can be photographed so you can see the energy field. The technique is called Kirlian photography.

You might have seen this in your high school science textbook. This Kirlian photograph shows a leaf with its energy field around it. 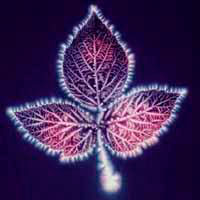 Now, have a look at these photos:

The top photo shows a person after a 3-minute cell phone call. Without protection there’s a big increase in the size of the gaps (+104%) and weakened areas (+16%) in the body’s natural electric field.

Now we just don’t know what this disruption of your energy field will do. It may be a long time before we find out. But it is one more reason for caution.

Now look at the bottom photo. The gas discharge patterns are only slightly affected after a 3-minute cell phone call protected with this new technology. The body’s natural electric field, its protective “force field” is fully intact.

Take the Worry Out of Your Technology

With a new breakthrough, you can eliminate this “heat wave” coming from your phone and protect yourself from its dangerous radiation.

It’s as thin as a piece of tape and you stick it to your cell phone’s battery. It’s completely out of sight and out of mind.

You don’t need clumsy headsets or earpieces. And you don’t have to hold your phone away from your body.

This invention allows you to use your phone as you normally do, with no bulky attachments or silly contraptions.

This nearly invisible new breakthrough neutralizes the waves that come out of your cell phone.

It doesn’t try to block them. By sending out small pulses of energy, it changes the wave pattern your cell phone sends out making it perfectly natural.

Walk through a forest and you won’t see any straight lines or repeating patterns. Everything made by nature seems random. Whatever you look at, whether it’s a tree, a rock, or the flow of a river, everything has twists and bends.

The same is true of natural electro-magnetic fields and energy.

But here’s the thing: Cell phone waves are NOT natural.

Cell phone waves have a fixed, repeating pattern. There’s nothing random about them. And that fixed, focused beam of power is what heats up your head.

This Technology Works on ALL Your Electronic Devices

Here’s something else you should know: This invention works on all your other electronic devices, like your computers, wi-fi, gaming systems, even your refrigerator and hair dryer.

All of these gadgets send out fixed, electro-magnetic waves, similar to your cell phone.

You may not feel the effect of these other devices as dramatically as your cell phone, but it’s something you might want to consider.

The waves that come from these devices create their own “electro-smog” and health problems. It’s a fact of our modern world we shouldn’t ignore.

Now that this new technology is becoming commercially available, I’m using one myself. In fact, I bought them for my entire family.

As I get more data and studies, I’ll keep you posted.

So, What Should You Do?

I, for one, don’t want to give up my cell phone. And I don’t suggest you give up yours either. But I do take certain steps to limit my radiation exposure.

Here are some steps you can take:

1. Check what kind of radiation your phone emits. The lower, the better. EWG has an updated list of the best and the worst phones at:

2. Put your phone in “airplane” mode when you’re in places you can’t (or shouldn’t) use your phone — driving, theaters, meetings, and doctor’s offices. This reduces the number of radiation exposure hours.

3. Go “hands-free.” The further away your phone is from your body — the less radiation penetrates you. Twelve inches (one foot) is the closest you should be to your phone.

4. Use a wired head set for all calls — make sure the cord is long enough so your phone is at least twelve inches away from you.

5. Send text messages instead of calling. Or keep your calls short.

6. And possibly the hardest advice of all to implement… limit use of cell phones by your children and teens. I tell my son Dylan to text instead of call. This limits his exposure.

Get a free trial of my life-changing natural health and fitness newsletter and begin enjoy a healthier lifestyle right away. I’ll even give you a free Pilates DVD to keep just for giving it a try!