and Other Way-Too-Common Surgical Mistakes 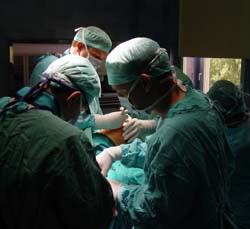 Surgical mistakes are more common than you think!

It’s frightening to think of the errors, mistakes, and “accidents” that happen because doctors insist on your unquestioning trust. Unfortunately, surgeons and their teams are all too human.

Take the case of a woman who had surgery at Nassau University in 2008. The operating team left behind a sponge the size of a cocktail napkin. Two days after surgery, the woman was vomiting and back at the hospital, wondering what was wrong. The medical resident did an X-ray, but the X-ray detectable stripe on the sponge was interpreted as tape on the outside of her body. It wasn’t until the case was bumped up to a senior doctor 48 hours later that the sponge was finally detected and removed.

In 2009, Nelson E. Bailey had surgery for diverticulitis at Good Samaritan Hospital in West Palm Beach. After surgery, he was supposed to get better, but he kept getting worse. It took five months before his doctors opened him back up and found the 12”x12” surgical sponge that had been left behind during the original surgery. Rotting away, it had created holes in his intestines and part of his gut had to be removed along with the sponge in order to save his life.

Of course, it’s not just sponges that are forgotten – there’s also cases like Donald Church, who had surgery to remove a tumor from his abdomen at Washington Medical Center in June 2000. During the procedure his surgical team used a 13-inch metal retractor to hold his organs in place during surgery… except they never took it out. Isolated incident? No, it was the fourth incident of a “left behind” at the hospital in as many years, and Mr. Church was fortunate to survive the experience.

How often are objects left inside after surgery?

The National Quality Forum reports that surgical instruments left behind during surgery are a “never event” since such things are never supposed to happen.

However, in 2009 in New York State alone, there were 84 reported cases of foreign objects left behind… barely an improvement over the 88 items reported left behind the previous year.

Altogether, in the United States some 1,500 people have objects left inside them after surgery every year… that we know about. That according to materials published by the Loyola University Health System.

The most commonly “forgotten” items are surgical sponges, which account for 2/3 of all objects left behind. When covered with blood, they can be mistaken for body tissue and abandoned. The problem has been such an ongoing issue that hospitals often have multiple systems in place to count, recount, and double check sponge locations before and after surgery. Loyola University scans bar codes on their sponges both on their way in and on their way out, while the American Journal of Surgery reports studies underway to use RF ID technology as a “foolproof” way to pin down sponge locations.

These methods help, but may not be enough. In the Nassau University case, the surgical team marked down that all sponges were accounted for even though they hadn’t actually checked.

Surgical mistakes — even more common than you think!

It’s not just things being left behind that you have to worry about either.

Serious surgical errors happen every day – between five and 10 daily in the United States according to The Journal of the American Medical Association – despite all the precautions in place.

Doctors perform surgery on the wrong patients, do the wrong procedures, and even amputate perfectly healthy limbs! Though they’d like you to think they can do no wrong, doctors, nurses, and medical assistants make serious mistakes every day of the week.

And Americans aren’t alone in their troubles. The World Health Organization Director-General Margaret Chan says errors in medical care affect one in 10 patients worldwide. These errors can be “minor” incidents such as accidentally cutting an adjacent organ during surgery, or they can be major issues, such as performing a bypass on the wrong artery or amputating a healthy limb.

Think it’s crazy something like that could even happen? So did Willie King, who had the wrong leg amputated at the University Community Hospital in Tampa in 1995. Benjamin Houghton had his non-cancerous testicle removed at the West Los Angeles VA Medical Center. Rhode Island Hospital drilled a hole in the wrong side of a patient’s head. And only a complaint from the doctor whose patient was supposed to be in the operation room stopped Joan Morris from getting the open heart surgery scheduled for another patient.

All in all, the number of people facing a medical error is 1 in 361 patients in the United States, according to the Institute of Medicine’s 1999 report, To Err is Human. The report points out that between 44,000 and 98,000 people die in hospitals each year as a direct result of medical errors that could have been prevented in 55% of cases.

To put things in perspective, more people die from medical mistakes in hospitals than die in car accidents every year.

The cost to hospitals is estimated between $17 billion and $29 billion, but who can put a price tag on the lives, health and well being of affected patients?

After a medical error, patients report feeling outraged, hurt, and paranoid about their future prospects for good medical care, even if they switch doctors. Despite ultimately receiving outstanding care for his heart from another doctor, actor/comedian Dana Carvey will never get over a double bypass on the wrong artery, “I was very lucky in that I didn’t sustain heart muscle damage. But knowing what I do now, I would never take a gamble like that again.”

4 Tips to Prevent Surgical Errors from Happening to You

How can you prevent surgical errors from happening to you, ruining your life, or even killing you? Hospitals are working on their own counting and checking systems, according to Becker’s Hospital Review, but you shouldn’t be passive when it comes to your health and your life. While there’s not 100% fool-proof method, here are four top tips: 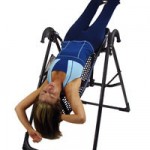 Considering Back Surgery?
7 out of 10 Patients Who Tried THIS
No Longer Need Surgery!

JAMA and Archives Journals. Surgical Errors Remain a Challenge in and out of the Operating Room. ScienceDaily. 2009 Nov 16.

Institute of Medicine. To Err is Human: Building a Safer Health System. 1999 Nov.

2 thoughts on “Dangerous Objects Left INSIDE Patients During Surgery!”