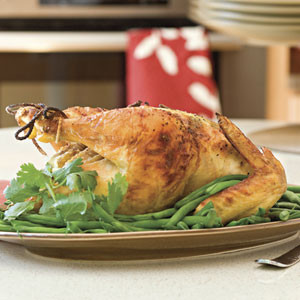 In 2013, the US Department of Agriculture (USDA) announced that China was eligible to export processed, cooked chicken to the United States.[i] The chicken in question would be raised in the United States, shipped some 14,000+ miles to China to be processed … then shipped another 14,000+ miles back to the US for sale and consumption.

At this time, raw chicken from China is not imported to the US, but the USDA’s measure is thought to be a stepping-stone toward that, in exchange for China opening up beef imports from the US. (China banned the importation of US beef in 2003, after a cow in Washington was found to have mad cow disease).[ii]

It doesn’t appear that any US companies are currently sending their chicken to China for processing … but if they did you’d never know the difference. No labeling is required whatsoever to alert consumers that their chicken may have just gotten back from a trip overseas.

The issue, of course, is that food safety in China is far from admirable. The USDA’s Food Safety and Inspection Service (FSIS) claims that “China’s poultry processing inspection system is equivalent to that of the United States, and cooked chicken imported from China would be processed under equivalent conditions as in the United States.”[iii]

But what we’ve seen in recent years is a litany of food scares out of China. We’ve seen babies dying, and hundreds of thousands injured, from melamine-tainted milk powder. High levels of mercury have been detected in Chinese baby formula, and rat (and other small mammal meat) has been passed off as lamb to Chinese consumers.[iv] And, as Newsweek reported:[v]

“Between 2006 and 2014, China’s food industry continued to scare people. As Representative Christopher Smith, R-New Jersey, noted in a June 2014 hearing on Chinese food issues, the country produced “meat that glows in the dark, exploding watermelons, bean sprouts containing antibiotics, rice contaminated with heavy metals, mushrooms soaked with bleach, and pork so filled with stimulants that athletes were told not to eat it lest they test positive for banned substances.” Since 2007, more than a 1,000 dogs in the U.S. have died after eating Chinese-made pet food containing poultry.”

Chinese Workers Paid as Little as $1 per Hour

You might be wondering, how would it be economically beneficial to process US chicken in China? Tom Super, spokesman for the National Chicken Council, told the Houston Chronicle:[vi]

“Economically, it doesn’t make much sense …Think about it: A Chinese company would have to purchase frozen chicken in the U.S., pay to ship it 7,000 miles, unload it, transport it to a processing plant, unpack it, cut it up, process/cook it, freeze it, repack it, transport it back to a port, then ship it another 7,000 miles. I don’t know how anyone could make a profit doing that.”

However, there is possibility for profit. According to the Bureau of Labor Statistics, American poultry processors are paid about $11 per hour. In China, workers performing the same job may be paid as low as $1 per hour.[vii] Plus, the seafood industry already uses a similar system, sending US-caught salmon and crab to be processed in China “because of significant cost savings.”[viii]

While it’s certainly not pleasant to think about US chickens being processed in China (on a food safety level and an environmental one), it would be naïve to suggest that the US food system is vastly superior. In the US, 1 in 6 Americans (or 48 million people) get sick, 128,000 are hospitalized, and 3,000 die of foodborne diseases every year.[ix] And US chicken, combined with other meats, is the source of 22 percent of foodborne illnesses and 29 percent of food-related deaths.[x]

A simple way to find high-quality chicken for your family is to buy it directly from a small organic farm, farmer’s market or food coop … not from your local supermarket (which gets the majority of its meat from concentrated animal feeding operations, or CAFOs).

Thanks, in part, to an additive- and toxin-laden food supply, the average American has more than 200 chemicals in their blood and urine.[xi] If you’re thinking it’s time for a detox, try this natural program that everyone is talking about.

[ix] US CDC, Estimates of Foodborne Illness in the United States