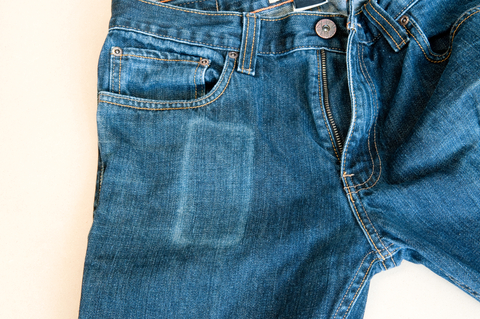 Guys, when you carry your cell phone, the worst place to put it is in your front pant pocket, especially if you’d like to father children. This puts it in close proximity to your nether regions, where new research shows the radiofrequency electromagnetic radiation it emits may harm your fertility.

The study, an analysis of 10 studies, found that among men with no exposure to cellphones 50 percent to 85 percent of their sperm had normal motility, or ability to move toward an egg. This declined by an average of 8 percent among men exposed to cellphones, who also experienced reductions in sperm viability.[i] The study’s lead author said:

“This study strongly suggests that being exposed to radio-frequency electromagnetic radiation from carrying mobiles in trouser pockets negatively affects sperm quality. This could be particularly important for men already on the borderline of infertility, and further research is required to determine the full clinical implications for the general population.”

It’s not the first time cell phone use has been linked to potential fertility problems. Radio-frequency electromagnetic radiation in the power density and frequency range of cell phones was found to increase the generation of mitochondrial free radicals by sperm, which decreased their motility and vitality while also causing DNA damage.[ii]

Another study by Cleveland Clinic researchers found men who used their cell phones the most had poorer sperm quality than those who used them the least.[iii]

Of course, if they can damage your sperm, imagine what they might be doing to your brain … research has found an increased risk of tumors on the side of the head where a cell phone was held, especially after 10 or more years of use.[iv] The International Agency for Research on Cancer (IARC) has classified radiofrequency electromagnetic fields from cell phones as possibly carcinogenic to humans.[v]

It’s not only cell phones that pose this risk of course. Other types of electronic devices, like laptop computers, may also be problematic. Electromagnetic radiation from laptops, in combination with the heat they give off, has also been shown to kill sperm and damage DNA, with researchers concluding:[vi]

“We speculate that keeping a laptop connected wirelessly to the internet on the lap near the testes may result in decreased male fertility.”

A heads-up warning … EMFs are also given off by typical heating pads, so do NOT use them. For soothing, pain-relieving heat, use a far-infrared ray (FIR) heating pad instead, which will not radiate EMFs and is far more effective because they penetrate your skin as deep as 3 inches, compared to just 2-3mm of other pads.

If you’re planning to have children soon, avoid placing any type of heating pad directly on your groin, as the increase in testicular temperature may decrease sperm production (this is true of heating pads, laptops, hot tubs and even heated car seats).