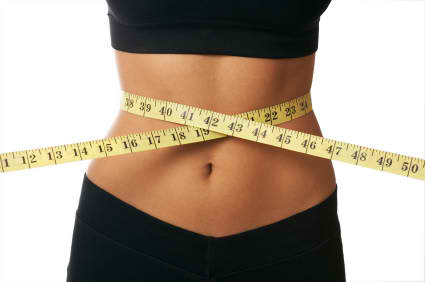 Belly fat is more than just a hindrance to having your ideal swimsuit body. More than other types of fat, like that on your butt or hips, belly fat increases your risk of chronic diseases, including those that are fatal.

People with big bellies are nearly three times more likely to die from cardiovascular problems compared to those with a normal waist-to-hip ratio — even if they’re a normal weight.[i] A big belly also increases the risk of weak bones and fractures in men,[ii] and may actually double your risk of dying from all causes in both sexes … again even if you’re not overweight.[iii]

So while you may first be driven to burn belly fat fast so you can fit into your skinny jeans, keep the motivation going by realizing that achieving your goal of a trim waist could literally save your life.

Phytochemicals in fresh fruits and vegetables may help you slim down naturally. Blueberries, in particular, appear to have fat-busting powers, as researchers from the University of Michigan Cardiovascular Center found that when rats were fed a blueberry-enriched powder they had less abdominal fat after 90 days.[iv]

6. Reduce the Carbs in Your Diet

Sugar, soda, cookies, candy, white bread, pasta and other simple carbs are among the worst foods you can eat if you want a flat belly. The good news is that you don’t have to eliminate them entirely: even a modest reduction in carb consumption (such as a diet with 43 percent calories from carbohydrates, 39 percent calories from fat, and 18 percent protein) can help you lose deep belly fat and total body fat.[v]

Not sure what ratios you’re eating? Try a free app (such as My Fitness Pal) to help you keep track.

High-intensity exercise training is more effective for reducing total abdominal fat, subcutaneous abdominal fat, and abdominal visceral fat (the most dangerous kind) compared to lower intensity workouts.[vi] During high-intensity interval training, you alternate short bursts of very high intensity activity with slower recovery periods, which has the added benefit of letting you fit in an intense workout in a shorter amount of time.

Check out The NO Excuse Workout for one of the best high intensity workouts. It includes 2 DVDs each packed with 10 short, intense workouts, and, best of all, each workout is just 4 minutes long!

For every 10 grams of soluble fiber eaten per day, participants in a study by researchers at Wake Forest Baptist Medical Center reduced the rate at which they gained visceral belly fat by nearly 4 percent over five years.[vii] This is the equivalent of eating two small apples, a cup of peas and one-half cup of pinto beans,[viii] which is easily attainable for most people.

The stress hormone cortisol promotes storage of fat in your belly. As noted by the Chicago Dietetic Association:[ix]

” … chronically high levels of stress can alter the main fuel your body uses, turning it into more of a sugar burner than a fat burner. It can also stimulate the growth of visceral or belly fat, and increase the breakdown of muscle tissue.

… High cortisol levels suppress the release of serotonin and melatonin, causing cravings for junk food and insomnia respectively. Increased cortisol levels also stimulate extended periods of the insulin response. During those periods of time fat-burn is inhibited, and is instead being created. This is when stubborn belly fat is formed.”

Lowering your stress levels is therefore a key element in burning belly fat, and you can find five top tips to relieve stress here (such as meditation, acupuncture, mindfulness and more).

Similar to when you’re stressed, when you don’t get enough sleep your body produces excess cortisol that can, subsequently, make your belly bigger. Lack of sleep also decreases the production of leptin, a hormone that tells you you’re full, while increasing ghrelin, the “hunger” hormone. Research has shown, in fact, that people who slept for 8.5 hours a night lost 55 percent more body fat than those who slept for just 5.5 hours![x]

1. Flush “Obesogens” From Your Body

Obesogens are virtually everywhere, including in your food and food packaging, water, home and personal care products. A short list of some of the most common includes:

Not only is it important to avoid exposure to these chemicals as much as possible, but also to flush the existing toxins from your system on a regular basis.

Natural Cleanse is formulated to gently release and flush impacted fecal matter and other toxic build-up from your body while at the same time revitalizing and tonifying your colon. After flushing toxins from their body, many report weight loss of five to 20 pounds along with a flatter stomach in just 30 days.

[i] Study “Normal-weight Central Obesity and Cardiovascular Mortality Risk in the U.S. Population,” was presented at the European Society of Cardiology Congress