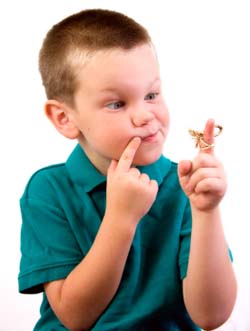 Forget about age-related memory loss or feeling like you’re walking around in a clueless fog. Both can be eliminated using the best memory boosting techniques proven by science.

It’s not about tying a string around your finger or carrying around multiple to-do lists. In fact, boosting your memory has more to do with your overall lifestyle than any one technique or trick advocated by the so-called “memory experts” on TV.

What you eat, how much you sleep, the way you work and whether or not you exercise all impact your ability to remember where you put your keys.

Make a few strategic changes in your lifestyle and diet, and you’ll be surprised at how much better you remember everything. For the inside scoop on exactly what to do, check out these 10 unique and scientifically proven memory boosting techniques.

The worse your physical health, the worse your memory — especially if your problem is your waistline. It’s common knowledge that regular exercise boosts memory by improving blood flow to the brain, but what most people don’t know is extra pounds actually harms your memory.

If you’re overweight, you’ll decline mentally up to 25% faster than someone at a healthy weight. In a 10-year study of 6,401 British civil servants, researchers found obesity was a defining factor in memory loss. Combine obesity with another metabolic risk factor like high blood pressure, diabetes or high cholesterol and the mental decline is even faster.

It’s not about looks — it’s about brains. And if you don’t get up and move that body, you’ll lose your mind.

Food bursting with flavor … now there’s a memory improvement technique everyone can love. And if you like spicy foods, you’re in luck.

It turns out a number of spices — including cumin, tumeric and cilantro — all offer memory boosting effects. They switch on your brain’s neurotransmitters, fight amnesia and counteract elements of dementia. The powerful flavors also help you keep your portions under control. So layer on the flavor,and eat happily knowing you’re doing your body and your brain a favor.

You may think multi-tasking helps you get more done, but that’s a false perception. Divided attention reduces your overall productivity and ability to remember important details. “People’s perception about how well they’re doing doesn’t match up with how they actually perform,” notes brain researcher Zheng Wang of The Ohio State University. As a result, you come across clueless and scattered even when you think you’re on top of things mentally.

A better plan? Just do one thing at a time. Turn off the TV in the background and put away your phone while you’re working. With your brain on one task, you’ll be more likely to remember everything about it — and do it right the first time.

4. Have Another Cup of Coffee

If you need a pick-me-up, reach for coffee. Coffee doesn’t just wake you up physically — it also boosts your memory. Drink three to five cups daily and you’ll notice improved memory as well as improved concentration and alertness. Even better? Regular coffee drinking can reduce your odds of developing Alzheimer’s by up to 65%.

Now, there is one catch, but you won’t mind it: decaf doesn’t count.

5. Throw Out Your Clutter

Computer experts recommend that you remove extras from your desktop and hard drive to improve your machine’s performance. The same tip works for your personal memory. Take a moment to de-clutter your life and you’ll be rewarded with faster mental processing and brain performance.

When you look at a cluttered space, your mind zooms in all directions to sort out what that junk is — which doesn’t help you remember what you walked in there looking for. An afternoon of dedicated cleaning up and throwing out will make you feel like you’re thinking clearly and in control of your life again. It’s no accident. Scientists working on memory, choice and attachment theory have found that the less you have to deal with mentally, the more efficiently your brain works.

6. Veg Out With Crucifers

Crucifers aren’t everyone’s favorite vegetable family, but your brain needs to trump your taste buds on this one. Broccoli, cabbage, kale, white turnips and Brussels sprouts all help you boost and protect your memory.

Much of the credit goes to cartenoids, which protect the brain fat that helps nerves communicate and pass information. Loaded with Vitamin K, folate, potassium, manganese and Vitamin C, crucifers also help ensure your body has all the nutrients it needs to nourish memories from the first bit of data coming in all the way to retrieval years later. So hold your nose if you must, but chow down on some crucifers whenever you can to boost your mental prowess.

Sleep helps your brain process new information, sort data into organized memory patterns and form new memories that stick. Chronic sleep deprivation, on the other hand, impairs judgment and the brain’s ability to interpret incoming data. And if you’re not clear on what’s coming into your brain, how will you ever remember it later?

Do yourself — and your memory — a big favor by getting more sleep. Researchers have noted that even 10 minutes of extra napping can make a difference, so feel free to hit that snooze button without guilt.

Choline is new to nutritionists’ guidelines — it was only added to the B Vitamin group in 1998. However, choline is responsible for your ability to read and understand this sentence right now, since it governs prenatal cognitive development. Fortunately, its memory boosting benefits don’t stop at birth.

Throughout your life, choline is responsible for keeping your brain cell membranes happy, fighting chronic inflammation and boosting cognitive function. Yet because most people don’t know about it, they’re often deficient, resulting in fuzzy memories and an increased risk of heart disease.

Choline is naturally found in beef, poultry, and egg yolks. Soybeans and cauliflower also contain trace amounts, or you can take choline as a nutritional supplement.

Crosswords and sudoku will only get you so far. To really boost your long-term memory, work on learning a foreign language.

A second language does two things for your brain. First, it reduces age-related mental decline, keeping you sharper longer. Second, a bilingual brain has high levels of plasticity, which means your brain is more nimble and adapts faster to new information. So even if you’re just picking up a few more vocabulary words to go with your already-smooth “Hola, amigo!” do your brain a favor with a foreign language.

This tip is scientifically proven a hundred times over, but it definitely falls into the easier said than done category: Stop Stressing Out!

Stress builds up in your body, taking a sharp toll on your memory. Stress hormones cross the blood brain barrier, sucking up the glucose that’s supposed to be feeding your brain cells. They negatively impact the over 400 miles of tiny blood vessels that run through your brain, cutting down on oxygen availability and allow toxins to build up in your head.

Over time, this prevents you from creating new memories or effectively accessing old memories. And it’s a perpetuating cycle — when you can’t remember something, you stress out, but the stress makes you less likely to remember.

Start with a deep breath. Then, day by day, go to work on your stress level. More sleep, a better diet and eliminating multi-tasking will help — and help you do more to get your memory back after years of stress.

As you start to feel your memory improve, you can do more about your stress level and your health to support the return of your top mental state. The tips here will help boost your memory. Now find dozens more ways to reverse the effects of aging on your mind — and your body — right here. 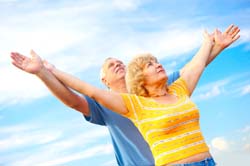 Krizman, J, et al. Subcortical encoding of sound is enhances in bilinguals and relates to executive function advantages. Proceedings of the National Academy of Sciences of the United States of America. 2012 Ap 30.

The Ohio State University. Multitasking may hurt your performance, but it makes you feel better. Research and Innovation Communications. 2012 Apr 30.