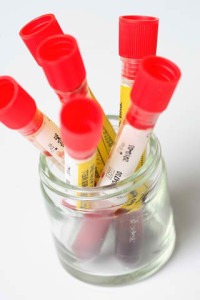 There are four major blood groups – A, B, AB and O – each of which is either ‘positive’ or ‘negative,’ as determined by the presence or absence of certain antigens (substances that may trigger an immune response, which is why it’s so important to know your blood type before receiving a transfusion).

While your blood type is unique, blood is universal in its components, which include:[i]

Your blood type is inherited, like your eye color, from your parents. In the United States, O positive is the most common blood type across all ethnic groups, followed by A positive. The chart below, from the American Red Cross, shows a more specific breakdown:[ii]

Your Blood Type Influences Your Risk of Certain Diseases

You’ve probably heard that your blood type might influence which foods are best for you, although this is controversial. Throughout history, blood type has also been said to determine your personality (a notion still widely accepted in Japan, to the extent that blood type is considered in job searches, matchmaking and even kindergarten classes, and “bura-hara,” or blood-type harassment, is a very real issue[iii]).

But remember, none of this is set in stone. A healthy diet, exercise, stress relief and a positive attitude will all lower your risk of disease – and all of these factors are well within your control.  Your lifestyle, not your blood type, will be the greatest determinant of your future health and risk of disease.