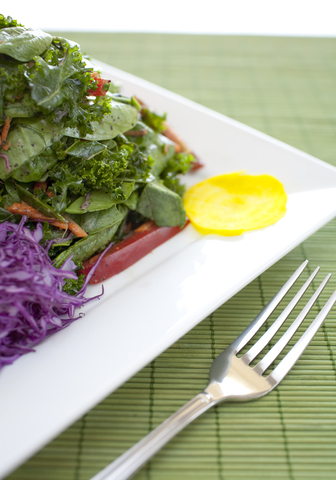 Bitter foods like grapefruit, unsweetened cocoa, endive and kale may not excite your taste buds like sweet or spicy flavors do, but there’s a reason to make a concerted effort to get more bitter foods into your diet: they’re exceptionally healthy.

Bitter is actually one of the six rasas, or tastes, of Indian Ayurveda. For best health, it’s said that you should eat all six rasas at every meal (the other five include sweet, sour, salty, pungent and astringent). Focusing too heavily on one or the other, or avoiding one completely, can lead to imbalances that cause disease.

According to Ayurvedic principles, bitter, which is the flavor most lacking in American diets, helps to tone skin and purify the body, along with other important health benefits.

What Makes Bitter Foods Better for You?

Foods that taste bitter typically contain potent antioxidants and other phytochemicals like flavonoids, which are responsible not only for their bitter taste but also their phenomenal health benefits.

Cranberries, cocoa and kale, for instance, contain flavonoids and other micronutrients known as polyphenols, which may help prevent degenerative diseases like heart disease and cancer.[i]

Phytonutrients in other bitter foods like Brussels sprouts, cabbage, mustard greens and arugula are also known to help prevent cancer, but because of their bitter taste are, unfortunately, avoided by many. As reported in the American Journal of Clinical Nutrition:[ii]

“Dietary phytonutrients found in vegetables and fruit appear to lower the risk of cancer and cardiovascular disease. Studies on the mechanisms of chemoprotection have focused on the biological activity of plant-based phenols and polyphenols, flavonoids, isoflavones, terpenes, and glucosinolates …

However, most, if not all, of these bioactive compounds are bitter, acrid, or astringent and therefore aversive to the consumer.”

If you have bloating, gassiness, constipation or other signs of digestive problems, bitter foods may be especially important for you, as they are known to help stimulate and improve digestion. This is why bitter teas and salads made with bitter greens have traditionally been consumed before meals in many European cultures (in Asian countries, bitter melon is often a part of meals).

Among the digestive benefits of bitter foods are:[iii]

Some of the Best Bitter Foods to Add to Your Meals

If bitter foods are a challenge for you to consume, keep trying. It often takes five to 10 attempts before you’ll begin to even tolerate a food you loathe. And from there, you might just begin to like it, especially when you remind yourself of the health benefits therein.

You can also try tempering some of the bitter tastes of leafy greens or other veggies by cooking them with olive oil and other sweeter veggies, like carrots or sweet potatoes.