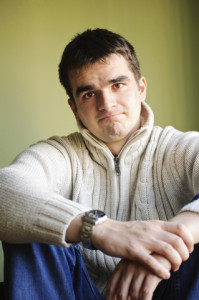 We’re often told to “forgive and forget,” a concept that is much easier said than done, especially if you’re the one who’s been wronged. New research, however, has identified a simple way to make forgiving much easier, and it involves just three words: I am sorry.

The study involved 337 participants who had recently been harmed by a relationship partner. Those who received a conciliatory gesture, such as an apology or an offer of compensation, placed more value on their relationship with the aggressor, as well as felt less at risk of getting hurt again by the transgressor in the future.[i] The researchers noted that “conciliatory gestures appeared to accelerate forgiveness.”

According to Michael McCullough, professor of psychology in the University of Miami College of Arts and Sciences and principal investigator of the study:[ii]

“All of the things that people are motivated to do when they have harmed someone they care about really do appear to be effective at helping victims forgive and get over their anger … People often think that evolution designed people to be mean, violent, and selfish, but humans need relationship partners, so natural selection probably also gave us tools to help us restore important relationships after they have been damaged by conflict.”

Sincerity was also important, so don’t bother with apologies unless you really mean them. Another one of the study’s authors, Eric Penderson, explained what a particularly effective apology entails:

“The obvious takeaway from this study is that apologies really do work … A particularly effective apology is one that convinces the person that you still really value the relationship and that you won’t harm them again in the future. An insincere ‘I’m sorry’ won’t be as effective as convincingly demonstrating how you mean to treat the person in the future.”

The Three “Rs” of a Meaningful Apology

If you find yourself in a situation where an apology is warranted, learn the three “Rs,” as described in Beverly Engel’s book “The Power of Apology.”[iv] Apologies that have these three items will be more effective and, ultimately, more meaningful to both parties.

Another Remedy for Healing: The Healing Power of Laughter