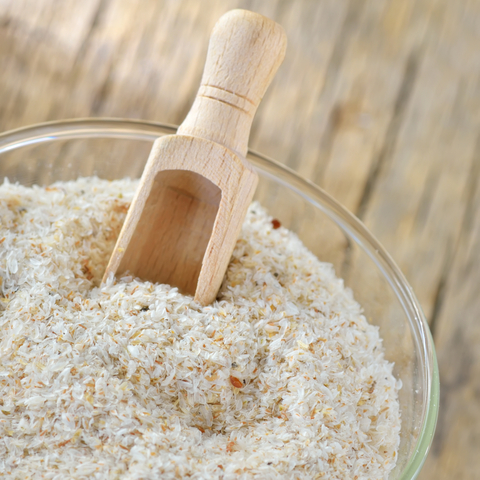 Psyllium husk is most well known for its beneficial role as a powerful constipation buster, but it provides a number of other exceptional health benefits as well…

This natural fiber comes from a shrub-like herb known as Plantago ovate, and while it’s used in other parts of the world, it’s most common in India. A single plant can carry 15,000 gel-coated seeds, and it’s from here that psyllium husk is derived.[i]

14 Times the Fiber as Oat Bran!

Psyllium husk is the outer coating of the psyllium seed. Each tiny husk is made up of about 70 percent soluble fiber and 30 percent insoluble fiber. Both types are important.

Soluble fiber dissolves partially in water, helps slow your digestion and helps you feel full longer (this is why soluble fiber is sometimes described as a weight loss tool). This type of fiber, which makes up the bulk of psyllium husk, is also known to improve insulin sensitivity (a major bonus if you have diabetes) and help lower your LDL (bad) cholesterol.

Insoluble fiber, which does not dissolve in water, adds bulk to your stool, making it a great aid for relieving constipation and helping with digestion.

When looking to add more fiber to their diets, many assume this means resorting to daily breakfasts of bran muffins and lunches of raw broccoli – but psyllium husk actually has more than 14 times the fiber as oat bran (one-third cup of psyllium husk has 71 grams of fiber compared to only 5 grams for oat bran).[ii]

Altogether, there are several reasons why psyllium husk is one natural substance you might want to keep handy…

This is a fancy way of saying the husks expand in water, forming a gel-like substance that is invaluable for regulating your bowel movements, helping to transport waste through your intestinal tract and cleansing your colon.

Psyllium husk can help make your stools softer to pass, which is a key way to help lessen pain associated with hemorrhoids.

6. Beneficial for Both Constipation and Diarrhea

Psyllium husk adds bulk to your stools, which helps your intestines to contract and pass the stool — an essential benefit if you’re constipated. On the other hand, psyllium absorbs water, which is helpful if you have diarrhea because it will help to firm up and slow down the passage of stool.[iii]

5. Reduces Your Risk of Heart Disease

The U.S. Food and Drug Administration (FDA) has approved a health claim for use on food labels stating that the soluble fiber from psyllium husk is associated with a reduced risk of coronary heart disease. Psyllium husk has been found to help lower triglycerides as well.

Adding psyllium husk to your diet has been found to improve glycemic control and hyperlipidaemia in people with type 2 diabetes.[vi]

Psyllium husk may significantly benefit the cluster of symptoms such as high blood pressure, insulin resistance, and overweight that describe metabolic syndrome. Its beneficial impact on insulin sensitivity, cholesterol levels, triglycerides and even blood pressure and body weight make it particularly useful for this condition.[vii],[viii]

1. Tame Your Appetite, Control Your Bodyweight

Most studies show that appetite tends to decrease after psyllium is consumed, which suggests it may play a role in controlling body weight and body composition.[ix] The husks swell and expand in your stomach, helping you to feel full, naturally.

If your psyllium husk is ground into a powder that’s flavored and colored with artificial additives and sugar, take a pass. Many of the most popular brands on the market actually taint the health benefits of natural psyllium husk by adding in artificial colors, flavors and even sugar or artificial sweeteners like aspartame.

When seeking a truly health-promoting product, you need pure, unadulterated psyllium that contains no additives. If you take it in powder form, be sure to drink it with a full glass of water to prevent choking and ensure the bulk is able to pass freely through your intestines.

The Premier Psyllium Husk Blend for Colon Health…
(FREE Shipping & Over 30% Off Today!) 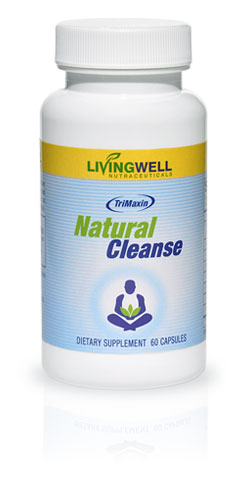 Another alternative is to take psyllium husk in capsule form, such as in Natural Cleanse, which combines 150 mg of pure psyllium husk per serving with other natural health-boosting ingredients like buckthorn bark, milk thistle extract, ginger, rhubarb, licorice, cloves and a specially formulated probiotic blend.

This is THE most cutting-edge solution for flushing your colon clear of toxic build-ups, soothing inflammation of your GI tract, and replenishing good bacteria to help rebalance your gut microflora.

In short, it’s a complete makeover for your colon in just two capsules a day for 30 days. If you’re considering adding psyllium husk to your diet, why not get these extra synergistic effects, too? And now you can try it risk-free for 90 days, and get free shipping too …

8 thoughts on “8 Most Important Benefits of Psyllium Husk”