For more than a decade, science has proven the many health benefits of kindness. Now, a major new study has demonstrated another key benefit of kindness: Relieving pain.

The trick, however, is understanding how one’s intentions — good, bad or indifferent — shape physical experiences within the social realm.

To that end, scientists at the Maryland Mind and Morality Lab conducted three experiments measuring the physical experience of pain, pleasure and taste in the presence and absence of good intentions.

A ZAP! With Intention

Members of the pain group were divided into three groups, all of whom received identical electrical shocks from a partner. Patients were told the shocks were either done by accident, maliciously or benevolently (to help them win money).

No surprise, folks in the benevolent group experienced far less pain than those in the accidental or malicious groups.

Also, researchers suggested doctors and other medical professionals be more mindful about the ways they approach their patients. For example, getting a blood test at your doctor’s office may be a lot less painful if the professional doing the work treats you like a human being rather than one more unpleasant chore. 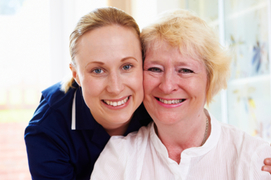 The pleasure vs. indifference meme cropped up again in other experiments. In one, candy tasted better and significantly sweeter when it was given to some patients with an intentionally caring (Hope this makes you happy…) note compared to others who received an indifferent (Whatever. I just don’t care…) letter.

In fact, touch made all the difference in the world, depending on who or what does it — even when it’s a machine doing nearly all of it exactly the same way, every time — in a third experiment.

The only physical difference between patients receiving a massage via an electric pad in an easy chair was how they received it. Patients experienced massages randomly and repeatedly, either when activated by a computer program or by a caring partner pushing the button.

Like the previous examples, automatic massages were far more pleasurable when activated by a human being rather than randomly from a computer.