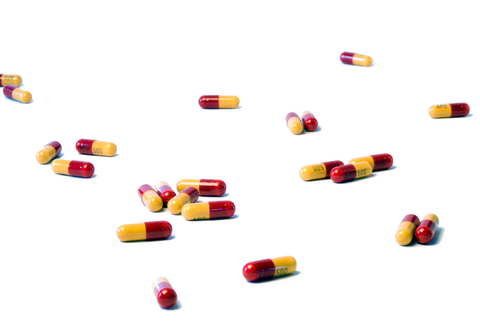 If you cut your hand and develop an infection, or come down with a bacterial illness such as tuberculosis, antibiotics can be lifesaving.

In the “modern” world, it’s easy to take this for granted, and assume that there’s an antibiotic available to kill off virtually any bacterial infection that threatens your health.

But bacteria are hearty little organisms, and now that antibiotics have been widely used for the last 70 years, many types have adapted so that the antibiotics don’t affect them. This can happen in numerous ways, for instance the bacteria may:[i]

According to the U.S. Food and Drug Administration (FDA):[ii]

“Today, almost all important bacterial infections in the United States and throughout the world are becoming resistant to antibiotics. Antibiotic resistance has been called one of the world’s most pressing public health problems.”

Among the bacteria already resistant to one or more antibiotics are:[iii]

Is This the End of Modern Medicine?

Dr. Margaret Chan, director general of the World Health Organization (WHO) has gone on record saying that antibiotic resistance could be responsible for “the end of modern medicine as we know it,” adding that the hospitals we depend on to make us well “have become ‘hotbeds for highly-resistant pathogens’ like methicillin-resistant Staphylococcus aureus, ‘increasing the risk that hospitalization kills instead of cures.’”[iv]

If antibiotics continue to fall by the wayside, Chan continued, we could find ourselves in a post-antibiotic era: [v]

“Some experts say we are moving back to the pre-antibiotic era. No. This will be a post-antibiotic era. In terms of new replacement antibiotics, the pipeline is virtually dry … A post-antibiotic era means, in effect, an end to modern medicine as we know it. Things as common as strep throat or a child’s scratched knee could once again kill.

… Some sophisticated interventions, like hip replacements, organ transplants, cancer chemotherapy and care of preterm infants, would become far more difficult or even too dangerous to undertake.”

Already, antibiotic resistance is causing disease and even deaths in millions of Americans every year:[vi]

Antibiotics are effective against only bacterial infections, yet they are often prescribed for viral illnesses (for which they are useless). For instance, one study found that antibiotics were prescribed in 68 percent of doctor visits for acute respiratory tract infections, even though in 80 percent of the cases they were unnecessary.[vii]

The patient is partly to blame for this overuse, as research shows patients strongly influence the antibiotic prescribing of physicians, and a prescription is far more likely to be written if the doctor perceives that the patient “expects” it.[viii]

You can make a difference in this area by not requesting or expecting antibiotics for viral infections, which include:

There is another major factor in this epidemic as well, and that is the use of antibiotics in agriculture. In fact, 70 percent of the antibiotics used in the United States are not in the health care setting, but rather are used agriculturally in confined animal feeding operations (CAFOs). There livestock are routinely fed low doses of antibiotics not to treat diseases but because they act as growth promoters, allowing food producers to raise bigger animals (and thereby bigger profits) in less time.

The problem, of course, is that this promotes the development of resistant bacteria on CAFOs, and these bugs can then be transferred to humans via their food. Studies have now shown that nearly half of meat and poultry sold in grocery stores was tainted with antibiotic-resistant Staphylococcus aureus bacteria![ix]

How Can You Stay Safe?

As mentioned, it’s important to use antibiotics sparingly, and only when they’re truly necessary (i.e. NOT for the viral infections listed above). When you do take them, make sure to do so as directed and finish the entire course (stopping it early may allow resistant bugs to flourish).

Additionally, choosing organically raised meats, which are not fed antibiotics, will help reduce your exposure to these drugs, as well as the related resistant bacteria, via your food. 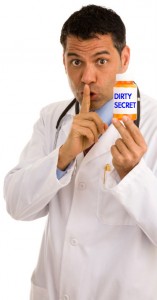 Discover 3 DIRTY SECRETS You Must Know... and the 12 Most Powerful Pain-Stopping, Immunity-Boosting Natural Ingredients... CLICK ABOVE NOW!

Finally, building your immune system to shield your body against bacterial (and viral, yeast, and other) invaders that cause disease and death is the #1 smartest step you can take…

Most people are aware of the importance of eating right and exercising to build their immunity, but most people are NOT AWARE of the how crucial it is to boost intake of “proteolytic enzymes”… ESPECIALLY IF YOU ARE PAST THE AGE OF 40.

Proteolytic enzymes are your body’s first-line defense against chronic inflammation that weakens your immune system (and that underlies most serious diseases), but the problem is that as people move past their 30s their ability to produce them increasingly diminishes…