Welcome to Secret #4 in our 5-part series on the 5 Most Powerful but Little-Known Anti-Aging Secrets. Also don’t miss Anti-Aging Secret #3 here … and watch our blog over the coming weeks for the other posts in this series! 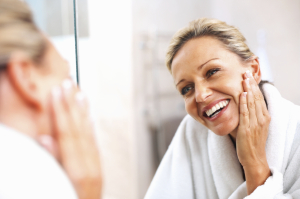 Human growth hormone (HGH) is a protein made by your pituitary gland. It’s secreted into your bloodstream at varying levels, rising during childhood, peaking in adolescence and then declining once you reach middle age.

In children and adolescents, HGH stimulates growth and development, especially in bones and cartilage. As you get older, HGH plays a role in the production of protein, promotes fat utilization and is also involved in insulin and blood sugar metabolism. It’s received attention as a possible tool for anti-aging, too, because it triggers increases in muscle mass along with decreases in body fat (the opposite of what typically happens as you age).

What Does the Science Say About Human Growth Hormone?

In 1990, a study was published in the New England Journal of Medicine[i] that showed when men aged 61-81 received HGH injections for six months they had increases in lean body mass … they lost body fat …. the elasticity of their skin improved, and so did their blood pressure, blood sugar and even their moods … Even their vital organs, which tend to shrink with age, appeared to be returning to normal size![ii]

Separate research has also shown that growth hormone supplementation had positive effects on cognitive performance in elderly adults (including those with cognitive impairment).[iii] According to a study published in Neurobiology of Aging:[iv]

“Declines in the activity of the somatotrophic axis have been implicated in the age-related changes observed in a number of physiological functions, including cognition. Such age-related changes may be arrested or partially reversed by hormonal supplementation [daily growth hormone release hormone (GHRH)].”

To sum up, some the top benefits of HGH include:

Why Synthetic Growth Hormone Use is Not Recommended

In children and adults with growth-hormone deficiency, synthetic growth hormone is available via injection (by prescription) to stimulate growth and increase muscle mass. It’s also widely used among athletes to boost muscle mass as well as for anti-aging purposes. It’s estimated that up to 100,000 people may use growth hormone for anti-aging therapies each year.[viii]

It should be noted that the U.S. Food and Drug Administration (FDA) has not approved the use of growth hormone for anti-aging purposes or athletic enhancement, and, in fact, it is illegal to market or distribute the hormone for these purposes.

This may be for good reason, as synthetic HGH injections may interfere with your body’s natural HGH production, and have been linked with side effects, including fluid retention, joint pain, breast enlargement, and a potential increased risk of death.[ix] Not to mention, HGH injections are expensive costing upwards of $1,500 a month.

How to Increase Your Body’s Natural Production of HGH 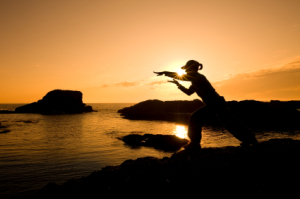 According to Harvard Medical School:

“The pituitary puts out GH in bursts; levels rise following exercise, trauma, and sleep. Under normal conditions, more GH is produced at night than during the day.”

Indeed, of the few known ways to increase your body’s natural production of growth hormone, sleep and exercise are among the most important. One study found, for instance, that at least 10 minutes of high-intensity exercise, performed consistently, can increase growth hormone levels in men.[x]

Another option? Fasting. HGH increased an average of 1,300 percent in women, and nearly 2,000 percent in men, during a 24-hour period of skipping meals and drinking only water.[xi]

The amino acid l-arginine also helps boost HGH.[xii] L-arginine’s effect on human growth hormone secretion was published in the Journal of Clinical Endocrinology and Metabolism in 1988.[xiii] L-arginine inhibits the production of somatostatin, or the growth hormone-inhibiting hormone (GHIH). So, by countering the effects of somatostatin, l-arginine indirectly allows more HGH to be secreted. You can find l-arginine in animal foods, including grass-fed beef, pork, poultry, and wild-caught seafood, as well as dairy products like cheese and yogurt. 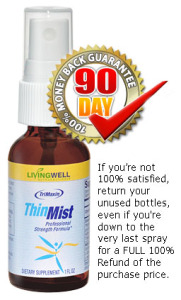 You can also find l-arginine along with six more important HGH precursors in our top-selling ThinMist supplement. This includes the amino acid glutamine, which has been found to boost circulating plasma growth hormone concentration within 90 minutes.[xiv] You’ll also find the amino acid glysine, which has been found to enhance growth hormone secretion in healthy middle-aged and elderly adults when taken orally.[xv]

Thinmist is delivered as a potent, bioavailable oral spray, in which the amino acids are delivered to your bloodstream in a remarkable 23 seconds. It’s a 100% natural way to safely boost your pituitary gland’s NATURAL release of HGH ‘youth hormones.’

Learn More About How to Boost Your HGH With ThinMist Now

See the Most Powerful but Little-Known Anti-Aging Secret #3