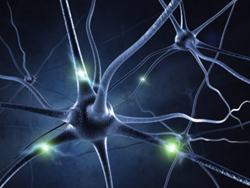 Is shock therapy an acceptable way to treat depression?

“Deep brain stimulation” is what they’re calling it.

It almost sounds soothing and nice.

Did you hear about this? Scientists use electrodes to “stimulate” the brains of depressed people.

The whole thing works through surgically implanted probes in your brain that are connected to an electrical device sewn into your chest.

They say it’s like a pacemaker for your brain.

I call it the new shock therapy.

People with Parkinson’s disease use similar things to improve their mobility. But when the devices are turned on, the patients can’t talk. The flow of electricity interrupts other brain functions.

I don’t believe anything that invasive can be good for you.

And it’s just another in a long line of “treatments” for depression that the modern medical industry has come up with over the last 30 years.

First there were the original drugs used to treat depression like Prozac and Zoloft.

They can be helpful for those with severe depressive conditions, and millions of people have benefitted from their use.

But recently, doctors have taken it upon themselves to go beyond the intended use of some newer medications. There’s a growing list of pharmaceutical drugs being prescribed “off-label” to people who are depressed.

Off-label means a drug was approved to treat one condition, but is being prescribed for a different use — without FDA approval.

For example, the drugs Seroquel and Risperdal are powerful anti-psychotic medications. They’re intended to be given only to people who have schizophrenia, manic episodes or autism. But doctors are giving them to patients who are depressed, even though the drugs are not approved to treat those patients.

Not only that, but the drug companies have been hiding the side effects of their drugs for years. One of the most common problems hidden from you over these last 30 years is that many if not all of these drugs are addictive.

Drug companies have gone out of their way to prove that their medications are not addicting. They back up the claims with their own scientific studies, or don’t reveal the studies at all if they show the wrong result.

Now that we’ve seen non-drug-company-sponsored studies, we know that patients do develop problems, both physical and mental, from stopping some prescription drugs.

This is because if you use them for long enough, stopping can cause a response where your body creates more of the original symptom so it can receive a larger dose of drugs.

The medical industry likes to call this “discontinuation syndrome.” But it sounds a lot like withdrawal because of addiction to me.

And even though the symptoms aren’t usually life-threatening, they can be distressing to people going through them. People sometimes mistake them as signs of heart problems. This has led patients to go to the emergency room, spending hours getting diagnostic tests that frighten them even more.

Now modern medicine is trying something even more frightening. A surgically implanted electrical device that might help you be in a better mood, but impairs speech and other brain functions.

I believe you should have the choice as to whether or not you continue to take a medication. And having surgery should not be a choice between being happy and being able to talk.

That’s why I prefer using natural remedies in my practice. They’re completely safe and effective, and have no dangerous side effects.

Try my natural four-step prescription for a better mood, more confidence and a happy outlook on life:

Step 1: Get some exercise. Regular physical exertion releases serotonin — the “feel good hormone” — in your brain. I recommend an invigorating 10 to 15 minutes of exertion at a time. Exercising for long periods is a waste of time, and leads to overuse injuries.

Instead, try doing 10 minutes of calisthenics using your own body weight. That’s short enough not to wreck your body, and long enough to leave you feeling energized. That’s because exercise also gives you a psychological boost — a release of endorphins. They’re the brain’s natural morphine-like pain relievers. They also cause a sense of pleasure.

Step 2: Get some sunshine. There’s a reason we describe someone who is happy as having a “sunny disposition.” Sunshine enhances your health and well-being. You were designed to live under the sun. Sunshine also releases serotonin in your brain.

And here’s something most people don’t know. Many depressed people have trouble sleeping because they don’t make enough serotonin. Your body uses serotonin to make melatonin, the sleep-inducing hormone.

This is why it’s easy to fall asleep in the warm sunshine. It’s also why exercise and going outdoors are two of the best ways to avoid becoming depressed. And the feel-good effect is multiplied if you can exercise outside.

Step 3: Eat foods that are native to you. Processed foods are filled with chemicals that affect hormones, brain function and mood. Choose fresh and natural instead. Protein contains amino acids, which feed the brain and regulate emotions.

Stay away from stimulants, including caffeine and alcohol. They cause mood swings, anxiety, depression and insomnia.

Step 4: Get some extra help if you need it. If you’re still not feeling enough relief, there are a few nutrients you should take a look at.

– The first is vitamin B6. Depressed people usually have a deficiency of this vitamin. It’s vital to regulation of mental function and mood. Meanwhile government surveys suggest that only a third of adults get enough vitamin B6. Two of the best sources are chickpeas and chestnuts. Other foods rich in B6 include bananas, tuna, turkey, eggs and spinach. I recommend 40 mg a day.

– Another important nutrient is magnesium. It plays a role in the transmission of nerve impulses in your brain and helps relax you. In fact, the signs of magnesium deficiency are depression, anxiety, irritability and brain fog. Sunflower seeds and walnuts have lots of vitamin B6. If you need to supplement, start with 300 mg a day, but you might need to take as much as 400 mg, twice a day.

– Also, make sure you get enough omega-3s. Your body needs fat to make brain and nerve cells. What’s more, fat can actually put a smile on your face. It helps the membranes of your brain cells absorb serotonin to put you in a good mood, and keep you there. The fat that your brain craves most is omega-3.

In one study, participants took a pure omega-3 supplement, and their brains started growing. In fact, the parts of their brains that grew were directly responsible for happiness.1 In other studies, researchers found that people suffering from major depression had very low levels of omega-3 in the areas of the brain that help with mood.2

You can easily start boosting your omega-3 intake today. For the full antidepressant benefit, take 4 grams per day. Two great sources are cod liver oil, which gives you 4.5 grams of omega-3 in just a teaspoon full, and Sacha Inchi oil. It has almost 7 grams in every tablespoon full.

– One little-known nutrient for treating depression is 5-HTP (5-hydoxytryptophan). It’s a naturally occurring amino acid that converts to serotonin in the brain. Start by taking the minimum dose and work up slowly, 20 to 50 mg a day.3

The Only Pain Reliever That Addresses Nerve Pain AND Depression

2 thoughts on “A Shocking New Treatment”

Want the Benefits of Inversion Therapy without the Equipment? Try These Exercises216 Total Shares