From Sniffing Dogs to Listening for Cancer … and
How to Literally Burn Cancer Out! 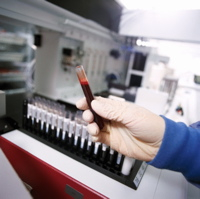 The world of medicine his getting mighty creative in discovering how to detect cancer, as you are about to discover. These methods can detect it sooner and at deeper levels, and perhaps lower health care costs for everyone.

After learning about these innovations, do not miss the link on how to literally burn cancer out of your body and 11 safe and natural cures now available.

Have you been amazed by the 3D special effects wizardry behind films like Hugo and Avatar? Some of that scientific know-how may be taking the early detection of breast cancer to a brand new level.

Researchers at the Biodesign Institute at Arizona State University examined 150 groups of normal, benign fibrocystic and malignant breast cancer cells with the help of the Cell-CT, a microscope that produces 3D images using optical project tomography.

The unit works like the typical CT scanner, but uses visible photons of light, instead of X-rays. Rather than being placed on slides, breast cells were suspended in gel and injected through a micro-capillary tube that produces multiple images with 360-degree views.

The good news: Researchers concluded the Cell-CT provided subtle, improved looks, particularly at malignant cancer cells, that would probably have been missed with conventional 2-D imaging.

2. The Race to Develop a Blood Test For Lung Cancer Continues

The same blood work you may do on an annual basis for your health physical may also detect lung cancer.

There’s a race going on in the world of medicine to find an effective way to warn patients if they have lung cancer at a much earlier and far more treatable phase.

Even more fascinating are the various routes researchers are using to find the most effective method of detection; for example, by looking for protein signatures as other blood tests for cancer do (specifically, the PSA for prostate cancer), or tracking the expression of protein-coding genes within immune cells.

Bioengineers at Rice University and the University of Texas M.D. Anderson Cancer Center have brought the cost of cancer detection way down with the aid of a $400 Olympus E-330 digital camera, attached to fiberoptic cables, that’s sensitive enough to tell the difference between healthy and pre-cancerous cells.

This high-resolution microendoscope may also provide an alternative to biopsies, by guiding health professionals to the best spots on a patient’s body to conduct tissue sampling. Currently, the device is being tested in Botswana and China to screen for cervical cancer and esophageal cancer, respectively. 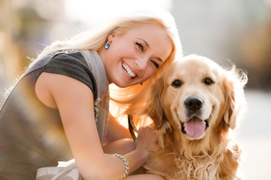 4. Can Your Dog Sniff Out Cancer?

If the multiple efforts to develop a blood test for lung cancer fail, science can fallback on man’s best four-legged friend, quite literally, to sniff it out.

A recent European study tracked the amazing accuracy of four dogs (Australian shepherd, Labrador retriever and two German shepherds) trained to discern cancer from non-cancerous cells. The canine foursome detected the presence of lung cancer in 71 out of 100 tissue samples. And, targeting healthy cells, the success rate out of 400 samples was an astonishing 93 percent.

In fact, these dogs were more accurate, scientists say, than a combination of CT scans and bronchoscopy (an invasive procedure requiring anesthesia). Why? A dog’s heightened sense of smell can be as much as 1,000 times better than that of humans.

5. That’s The Sound of Cancer…

Biomedical engineers at the University of Missouri have created a laser-light device that uses photo acoustics (laser-induced ultrasounds) to separate aggressive melanoma cancer cells from surrounding healthy ones.

The intensity of the laser heats cells so quickly the melanin in cancer cells absorbs the light, leaving a trail as easy to identify as “a black 18-wheeler,” University of Missouri scientists say.

A pair of electrical engineers at the University of Connecticut will soon be testing a similar device using ultrasound and photoacoustic technology to detect the early-stage presence of ovarian cancer on women undergoing the early removal of their ovaries as a preventative measure. 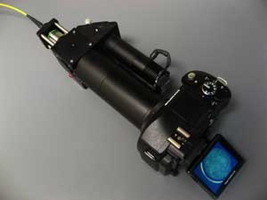 Any improvements on identifying cervical cancer are good, considering the disease kills some 14,000 American women annually and only has a 47 percent survival rate over five years.

6. You May Be Breathing Lung Cancer Cells.

Last year, researchers at Purdue University and the National Institute of Standards and Practices created a breathalyzer device that measured biomarkers in the respiration of humans as high as the parts per million range, in hopes of identifying signs of cancer and other diseases.

Discover A SAFE Way to Literally
BURN Cancer Out of Your Body Now!