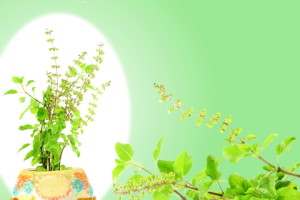 If you’re like most people, you’re stressed and probably not dealing with it in the healthiest ways.

Only 37 percent of Americans polled by the American Psychological Association’s (APA) Stress in America Survey said they were doing an excellent or very good job managing stress, which means 63 percent are not.[i]

Instead of using tried-and-true methods of stress relief, like exercise, meditation or even a heart-felt chat with a friend, many turn to unhealthy vices like junk food, alcohol and cigarettes. Raise your hand if this sounds familiar to you.

If you’re caught in this vicious cycle of stress and unhealthy methods of dealing with it (which will ultimately make you feel worse and even more stressed), consider seeking help from nature in the form of adaptogenic herbs.

Adaptogens support homeostasis or balance in your body and greatly support your body’s ability to handle stress. Most of these herbs have been valued for their stress-relieving effects since ancient times, yet they’re still among the most important health-supportive tools for those of us living in the 21st century.

Ashwagandha has been used in traditional Indian medicine for centuries to treat stress, pain, fatigue, and other disorders. And for good reason. Today’s scientists have discovered that this adaptogenic herb helps prevent damage to your neurons and improves your neurological function during times of stress.

And, in a study of adults with a history of chronic stress, researchers concluded ashwagandha “safely and effectively improves an individual’s resistance towards stress and thereby improves self-assessed quality of life.”[ii]

Licorice contains natural plant flavonoids with potent antioxidant properties that may have a protective effect against chronic diseases caused by oxidative stress and free radicals.[iii] Licorice is also often recommended for adrenal support, because it support’s your body’s ability to regulate the stress hormone cortisol, which takes some of the burden off your adrenal glands.[iv]

Ginseng is traditionally regarded as an anti-stress herb. According to research published in the Journal of Herbs, Spices & Medicinal Plants:

“The traditional reputation of ginseng … as a medicinal plant is based largely on the claimed ability to regularize bodily functions and maintain homeostasis. The plant tissue is reported to relieve a variety of ailments considered to result from physiological stress on the body. Health effects of the plant are … due to a non-specific influence on the production … of regulatory body hormones that affect both anabolic and metabolic processes via an ‘adaptogenic’ mechanism.”[v]

This is one of the most prevalent herbs used in Ayurvedic medicine; it’s protective against stress from multiple sources—environmental, metabolic, psychological and more. As reported by a study in the Journal of Ayurveda and Integrative Medicine:[vi]

“There is mounting evidence that tulsi can address physical, chemical, metabolic and psychological stress through a unique combination of pharmacological actions. Tulsi has been found to protect organs and tissues against chemical stress from industrial pollutants and heavy metals, and physical stress from prolonged physical exertion, ischemia, physical restraint and exposure to cold and excessive noise.

Tulsi has also been shown to counter metabolic stress through normalization of blood glucose, blood pressure and lipid levels, and psychological stress through positive effects on memory and cognitive function and through its anxiolytic and anti-depressant properties.”

Also known as golden root, rhodiola is well known for protecting against stress-induced mental and physical fatigue. For instance, the herb improved feelings of general fatigue among physicians on night duty.[vii] Other research found taking rhodiola prior to exercise may be beneficial; it led to decreased heart rate in response to exercise and, researchers noted, “appears to improve endurance exercise performance by decreasing the perception of effort.”[viii]

Eleuthero is not a true ginseng but is valued for the immune-stimulating eleutherosides it contains. It’s also another adaptogenic herb widely used in some countries, such as Russia, for helping to cope with mental and physical stressors. In particular, eleuthero has been found to increase endurance and mental performance in people with mild fatigue and weakness.[ix]

[i] American Psychological Association, Coping with stress at work