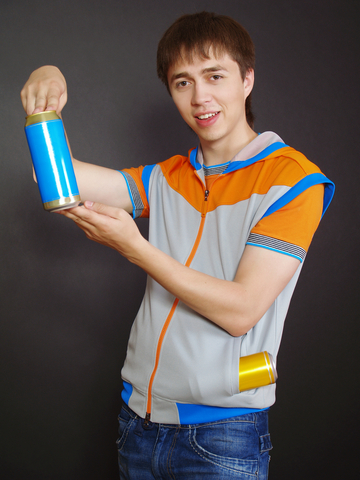 Energy drinks are soaring in popularity in the United States, having enjoyed market share growth of 240% from 2004-2009. They currently make up the largest section of the functional beverage category (which also includes sports drinks and nutraceutical drinks), and the industry is expected to more than double by 2013, to reach a value of nearly $20 billion.[i]

While Red Bull currently holds nearly half of the market share (42.6%), easily making it the most popular energy drink in the United States, other popular brands include Monster, Rockstar, Full Throttle, Amp and 5-Hour Energy.

We’re clearly a population that’s yearning for a quick energy boost, and for that these drinks deliver — if only temporarily. But is this energy coming at a price?

4 Top Energy Drink Dangers to Watch Out For

The number of emergency room visits due to energy drinks has increased 10-fold in recent years,[ii] signaling a growing problem.

The acidic content of energy drinks (they’re often high in citric acid, used as a preservative and flavor enhancer) is detrimental to your teeth. Research shows that regularly drinking energy drinks could cause permanent damage to your teeth — and may start to erode away your tooth enamel after drinking them for just five days.[iii] If your tooth enamel becomes damaged, it increases your risk of cavities, decay and sensitivity.

Energy drinks were even worse for your teeth than sports drinks, causing about twice as much damage.

This is one of the riskiest ways to drink energy drinks, and also one of the most popular, especially among college students and 20-somethings. In 2010, the U.S. Food and Drug Administration (FDA) warned 4 makers of caffeinated alcoholic beverages to stop adding the caffeine, noting that it covered up the effects of the alcohol leading to “a state of wide-awake drunk.”[iv]

This may not only encourage potentially deadly decisions such as driving while intoxicated, but also has been linked to an increase in unintentional over-drinking, casual sex and unprotected sex.[v] Plus, mixing caffeine (a stimulant) with alcohol (a depressant) also has some risky effects on your body, such as increasing your risk of heart problems, heart palpitations, agitation, tremors, irritability, sleeping difficulties, jolt and crash episodes, and tension.[vi]

You probably know energy drinks contain caffeine — that’s why you drink them. And you probably expect the familiar jitters that come along when you overdo it. But the risks of excess caffeine can be much more serious, even fatal, especially in children and teens whose bodies are not accustomed to such high levels.

This was tragically highlighted last year, when a 14-year-old girl died from cardiac arrhythmia due to caffeine toxicity after drinking two energy drinks in a 24-hour period.[vii] While experts advise adolescents to drink no more than 100 milligrams (mg) of caffeine daily, the amount in the two energy drinks the girl consumed totaled 480 mg — the equivalent amount found in 14 cans of soda.

Energy drinks also contain a host of other stimulating ingredients, including guarana, ginseng and taurine, which are not factored in to the total caffeine/stimulating effect.

In addition to heart problems, consuming excess amounts of caffeine can lead to stroke, anxiety, caffeine toxicity and death.

1. Children/Teens, Diabetics, Many Others at High Risk

Up to 50 percent of adolescents consume energy drinks, and this is a group for which excess caffeine consumption is especially risky. Many others are also at especially high risk:[viii]

“Frequently containing high and unregulated amounts of caffeine, these drinks have been reported in association with serious adverse effects, especially in children, adolescents, and young adults with seizures, diabetes, cardiac abnormalities, or mood and behavioral disorders or those who take certain medications.”

What are the 4 Safest Ways to Boost Your Energy?

You knew it was coming … there are far better ways to get endless energy than buying energy drinks in bulk. Many of them are simple and straightforward, too:

3. Let go of energy vampires in your life (those people who drain you of emotional energy and strength)

1. Boost your body’s production of human growth hormone (HGH) while supplying it with natural fatigue fighters like L-Tyrosine.

As you age, your body naturally stops producing HGH, which leads to low energy levels (along with weight gain, flabby muscles, wrinkles and more). When supplementing with HGH, 84 percent of participants reported higher energy levels, according to a study at the Palm Springs Life Extension Institute.

ThinMist™ is a breakthrough formula that contains a uniquely calibrated blend of 7 essential vitamins and amino acids that work together to help boost your body’s ability to produce HGH. It’s a simple and 100% natural way to safely boost your pituitary gland’s NATURAL release of HGH ‘youth hormones’ so you can get back your energy and feel like a kid again — no energy drinks required.