… Plus an 8-Question Dementia Risk Quiz 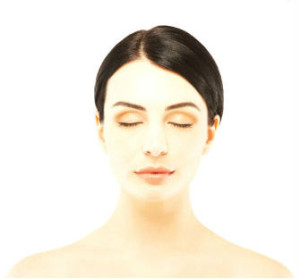 The researchers followed more than 2,000 participants for 18 years and administered a mental skills test every three years. Those who went on to develop Alzheimer’s had steadily declining test scores throughout the study period. In fact, for each unit drop in test scores, the risk of Alzheimer’s increased 85 percent.[ii]

It’s still too soon to know whether administering such tests as part of regular health screenings could be used to predict an individual’s risk … but it does raise hope that discovering the cognitive decline in its earliest stages could leave time to do something about it.

For instance, the researchers want to study whether brain-stimulating activities like learning a new language and staying social will improve test scores or slow the progression of the disease.

Answer These Eight Questions to Reveal Your Risk of Dementia …

The Ascertain Dementia 8 (AD8) screening test, developed by researchers at Washington University School of Medicine in St. Louis, contains eight simple questions that can be answered in about three minutes’ time.[iii]

Although it can’t definitively diagnose dementia, it’s been found to work as well as or better than other screening tests currently used by physicians.[iv] Answer each question with a “yes” or “no” answer. You receive 1 point for each “yes,” and a score of two or more indicates you should seek further testing.

In the last few years, have you experienced a change in the following areas?

Everyone is forgetful now and again … but if you’re experiencing memory loss that’s disruptive to your daily life it could be a symptoms of dementia. Alzheimer’s disease is the most common form of dementia, and 5.3 million Americans are currently living with the disease.

Currently, someone develops the disease in the United States every 67 seconds, but that’s expected to increase to every 33 seconds by 2050.[v] Most of those with the disease are not aware they have it – either because they’ haven’t been told they have it or they haven’t yet been diagnosed.

While at first the memory loss is mild, Alzheimer’s symptoms progress gradually until a person loses the ability to carry out a conversation, recognize loved ones or respond to their environment. There is currently no known cure, although treatments are available to help slow the worsening of symptoms.

So how can you tell the difference between normal memory slips and dementia? Here are 11 early warning signs to watch out for.[vi] If you notice any of these in yourself or a loved one, see a doctor right away.

Contrary to popular belief, your brain function doesn’t have to slow down as you get older. You can improve your memory naturally using lifestyle strategies like healthy diet and exercise, along with flooding your brain with the powerful memory-boosting nutrients found in Advanced Memory Support.

What makes Advanced Memory Support especially unique is that it also contains stress-busting adaptogenic herbs for optimal brain function, and even more natural ingredients for calming your anxiety, as stress and anxiety are incredibly taxing on your mental function. If you’re ready to nip memory loss in the bud now, try Advanced Memory Support, risk-free, for just $1 a day.

1 thought on “11 Signs of Dementia to Watch For”