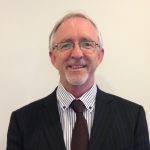 As a scientist I was somewhat skeptical of the Heal and Soothe product, given that it was one of many natural pain relieving products available on the web. However, after about 12 months of lower back pain I thought I have nothing to lose. The bottle arrived and I started taking them. At about that time, I had the back pain diagnosed as a slightly herniated disc and so I thought “great, now I have a lifetime of pain ahead of me". However, the pain did subside and disappear... but, being a scientist, I didn’t know if it was the tablets or perhaps the psychosomatic effect of the diagnosis that helped relieve the pain. I still kept taking the Heal and Soothe, albeit irregularly, and didn’t really have much trouble. Then without realizing it, I ran out of tablets and thought oh well, lets see how things go. A while later my back started to hurt again and over a period of a week it was back to as bad as it was before. I couldn’t work out what I had done to aggravate it. I suddenly realized I hadn’t been taking the tablets and, as another bottle had recently arrived, I started taking them again. Five days later the pain was gone and hasn’t come back! I have also had long term muscle knots in my right shoulder blade because of poor computer posture. Guess what! That has gone too. This stuff works! - Dr Mike Jones, Australia
By: Mike Jones