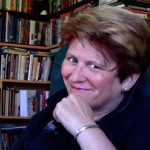 "Twenty five years ago, I had fibromyalgia which lasted 11 years before going into remission. I thought I was one of the lucky ones, until about three years ago when the pain came back with a vengeance. I tried every supplement, mineral, CBD oil I could find. I'd get a little relief but nothing significant. I was getting worse and just about resigned to my future...until I found Heal-n-Soothe. That was a little over three months ago and it works!    However, there's more to the story.  For the first almost three months I didn't have significant improvement. Then I saw a video on YouTube that explained why you can't eat before or after taking these enzymes, as they will work on the proteins you eat instead of your fibrin. I wasn't eating, but I was taking my capsules with a cup of coffee (with whole milk). The Heal-n-Soothe was working on the milk proteins instead of my problem. I started taking my capsules with only water and within TWO days I had a remarkable reduction in pain. I can now get in and out of the car with ease and squat down to pick things up. Heal-n-Soothe really works! It's also clearing up a fungus on my big toe that I haven't been able to clear up in 15 years. Thank you."
By: Kendra Bonnett, Milbridge, ME