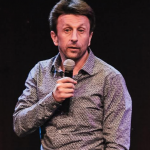 "Around 16 years ago I developed a bad lower back and a right hip problem. I was approaching my mid 30's and felt like I was in my 70's. It was a stressful time as I thought I might need operations and/or had some sort of early degenerative bone disease. For around 7 years specialists were useless and injections made the situation worse. The injections would ease the pain, but the pain would come back worse after the anti inflammatory and painkiller wore off.  I searched the internet for help and found Losethebackpain.com. I ordered the Lose The Back Pain System and worked through it. It was all about muscle imbalance and that's exactly what I had. A number of consultants and surgeons never once mentioned this basic problem. I followed the course recommendations and got relief straight away via pelvic stretches focusing on my very weak and stiff right side. A more comprehensive program that I did in conjunction with very good physios takes me to now (2019, around 9 years later) where my pain is around 85% to 90% better. Lose The Back Pain System significantly changed my life with both sides of my body (e.g. calf muscles, glutes and pelvic muscles) now in much better balance. I do have some disc and hip degeneration, but have not needed an operation, as the main problem was weak muscles and imbalance. That's exactly what the Lose The Back Pain course focused on. Great job! I would add that when you have significant muscle imbalance and weak core muscles, it can take some time to redress the imbalance. The Lose The Back Pain course mentioned working with a good physio who understands muscle imbalance and that's what I did. One physio mentioned that because I had the imbalance for a long time, it would take time (at least one year and probably more) to build up the weak muscles and the body can then develop other problems. It's a bit like 'chasing the weakness'. For example balancing the pelvic area can then cause calf ache, as you are now putting equal weight on both sides of the body. You then have to take time out to build your calf muscle. I also then developed ache up near my right shoulder and the list goes on. Everything in the body is connected and when both sides of my body became better balanced, Pilates was the thing to make sure all muscles started to work together better. Doing Pilates to start with would not have worked as the imbalance would always have been there. Reformer Pilates focuses on a few weak areas and involves doing some exercises in a ratio of say 3 to 1, focusing more on the weak side. The exercise plan that I developed was based on the Lose The Back Pain course and additional exercises advised by the physio, which were essentially Pilates based, but not a Pilates class at that stage. The moral or lesson of all this is first to follow the recommendations and then persevere and don't expect instant full recovery. My recovery took around 2 to 3 years in total and it's ongoing to maintain strong core and other muscles. Sensible exercise and a good diet become a lifestyle change. Good luck and work hard!"
By: John K from England