Fighting Chronic Inflammation by Eating More of These Superfoods… 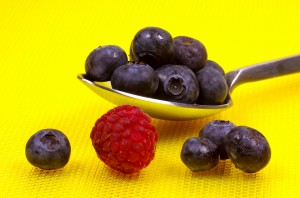 Foods that fight inflammation are an invaluable way to maintain your health. Whereas certain foods are decidedly pro-inflammatory (sugar, alcohol, trans fats), others, like many fruits and vegetables, are anti-inflammatory.

Rheumatoid arthritis, inflammatory bowel disease, eczema … all of these conditions are widely recognized as stemming from chronic inflammation. BUT did you know that heart disease, cancer, Alzheimer’s disease, diabetes — even obesity and aging itself — also have a strong inflammatory component, and may in fact be caused or exacerbated by unchecked inflammation in your body?

Inflammation is a hot topic in medicine right now, and for good reason.

Inflammation is the reason for pain. And while you’ve probably experienced the “good” kind of inflammation — the redness, heat and swelling that occurs at the site of an injury, for instance, which is a key part of your body’s healing process — chronic inflammation is much different. Ongoing inflammation in your body is often the result of stress, unhealthy lifestyle and exposure to toxins, and it serves no useful purpose. Instead, it actively contributes to disease and imbalances in your system.

After learning the 10 foods that fight inflammation below, do not miss the 12 Most Effective Natural Ingredients that Fight Inflammation as well… incorporating the top 10 foods and these top 12 natural ingredients into your diet is an EXTREMELY powerful way to stop pain and prevent serious disease!

Adding more of these foods to your diet is one of the simplest, and smartest, ways to boost your health, so without further ado, here are 10 top options to consider.

Olive oil contains a natural anti-inflammatory agent researchers have named oleocanthal. Like sulphoraphane in broccoli, the substance acts on the COX enzymes, acting as a natural non-steroidal anti-inflammatory agent.[iii] Consuming olive oil for breakfast has even been shown to repress in vivo expression of several pro-inflammatory genes, which researchers suggested may help explain why there is a reduced risk of heart disease in Mediterranean countries, where olive oil is a main source of dietary fat.[iv]

Rich in antioxidants known as anthocyanins, studies show blueberries help ward off both inflammation and oxidative stress. In particular, eating blueberries daily for six weeks increases anti-inflammatory molecules called cytokines, even if the body is engaging in strenous exercise, which is known to trigger an inflammatory state.[v] This suggests blueberries may offer a protective effect against inflammation when your body is in stressful situations.

Fish are an important source of omega-3 fats, the anti-inflammatory healthy fats that are known to help prevent cancer, arthritis, heart disease and more. Omega-3 fats play a powerful role in regulating inflammatory processes, and research shows that women with the highest omega-3 fat intakes had a 44 percent reduced risk of dying from inflammatory diseases compared with women who ate the least.[vi]

Eating oily fish like salmon and mackerel, in particular, have been shown to improve inflammatory conditions, but King Mackerel is actually one of the most dangerous types of fish to eat based on average mercury levels. You have to take potential pollution into account when choosing which fish to eat — you can find which fish are safest to eat here. 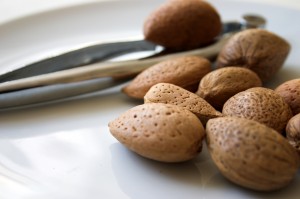 Nuts are another natural inflammation fighter. They contain not only omega-3 fats, but also antioxidant vitamins, dietary fiber, L-arginine and magnesium, all of which play an important role in modulating inflammation. In fact, studies show eating nuts helps reduce your risk of dying form an inflammatory disease.[vii]

Kelp contains a complex carbohydrate called fucoidan as well as chlorophyll, which have anti-inflammatory properties. When choosing sea vegetables like kelp for a snack, be aware that, like fish, they can accumulate toxins from the water in which they grow. Always choose sea vegetables that come from unpolluted waters.

Kefir, sauerkraut, kimchi and other fermented foods are rich in friendly bacteria known as probiotics. These good bacteria influence your health in numerous beneficial ways, one of them being to help curb systemic inflammation. One recent study found that people with inflammatory conditions like ulcerative colitis had lower levels of inflammation after taking a probiotic supplement for 8 weeks. Even healthy people who took probiotics had a reduction in inflammation compared to those taking a placebo.[ix]

This tropical fruit contains the enzymes papain and chymopapain, which help lower inflammation. In addition, it’s a rich source of antioxidants like vitamin C, vitamin E and beta-carotene, which also have anti-inflammatory effects.

The 5 Most Inflammatory Foods for Arthritis and Joint Pain 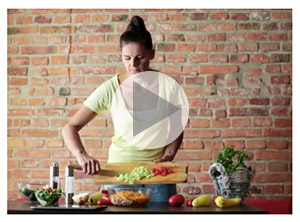