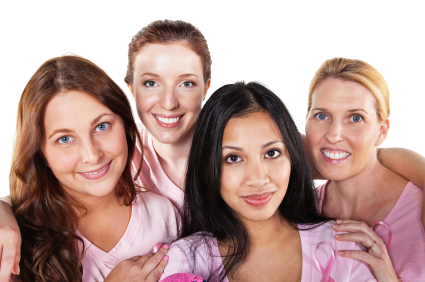 In others, however, the fibroids may be symptomatic, and when they cause symptoms, they tend to be very uncomfortable and even unbearable. Ranging in size from an apple seed to a grapefruit (in rare cases fibroids may become even larger), fibroids may cause:[i]

If you have bothersome symptoms, your physician may recommend a minimally invasive procedure called laparoscopic power morcellation to treat it, but think twice before agreeing to it, as the U.S. Food and Drug Administration (FDA) has just issued a warning against it …

Laparoscopic myomectomy is a common type of surgery recommended for removing uterine fibroids. When done laparoscopically, it is described as a minimally invasive procedure because it involves only very small incisions in the abdomen. However, a medical device called a power morcellator is sometimes used along with laparoscopic surgery to essentially grind up the fibroid into tiny fragments, which are then removed via the incision sites.

So what’s the problem? An FDA analysis of currently available data found that an estimated one in 350 women who undergo myomectomy for the treatment of uterine fibroids has an unsuspected uterine cancer. When the power morcellator chops up the fibroid tissue, it poses a serious risk of spreading the cancerous tissue around your abdomen and pelvis.

Dr. William Maisel, deputy director for science and chief scientist at the FDA’s Center for Devices and Radiological Health, noted “the medical community has been aware of the risk of cancer spread during power morcellation since the device came onto the market, but “the magnitude of the risk appears to be higher than what was appreciated in the clinical community.””[ii]

“If laparoscopic power morcellation is performed in women with unsuspected uterine sarcoma, there is a risk that the procedure will spread the cancerous tissue within the abdomen and pelvis, significantly worsening the patient’s likelihood of long-term survival. For this reason, and because there is no reliable method for predicting whether a woman with fibroids may have a uterine sarcoma, the FDA discourages the use of laparoscopic power morcellation during hysterectomy or myomectomy for uterine fibroids.”

What Other Treatment Options are There?

First off, it’s important to understand that uterine fibroids are very common, affecting up to 80 percent of women, most often during her 30s, 40s or 50s.[iv] Most of the time, they cause no symptoms or only mild symptoms. In this case, you needn’t do anything. “Watchful waiting” is recommended for women with asymptomatic uterine fibroids, as they usually grow slowly and actually shrink after menopause due to decreasing levels of reproductive hormones.[v]

There are also hormone-targeting medications available that may help to shrink fibroids or relieve symptoms like heavy menstrual bleeding. But these drugs, which have side effects, do not eliminate fibroids. If you have painful symptoms, your doctor may suggest you take acetaminophen or ibuprofen, but these have risks of their own, especially if you end up taking them for extended periods of time.

Drugs and surgery are not your only options, however. There are natural options for shrinking fibroids, like getting enough vitamin D[vi] and calcium, and even increasing your blood circulation (hello exercise!).

There’s another natural option as well that your doctor has not told you about. It helps “digest” uterine fibroids by tearing down the fibrin proteins fibroids are made of (and at the same time supplying you with natural anti-inflammatories to reduce pain without drugs).