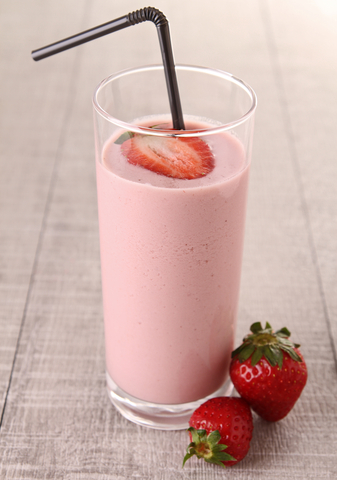 By its very nature, exercise puts stress on your body. This is actually a good type of stress, though, one that will help your muscles to become stronger.

However, it’s important to refuel your body properly after a workout in order to replenish lost nutrients and energy stores.

In particular, your body will typically use up the glycogen stores in your muscles for energy during exercise.

Most experts recommend eating a healthful snack that contains both protein and carbohydrates within 30 minutes of your workout in order to:

According to the Academy of Nutrition and Dietetics:[i]

“After rigorous physical activity, your body may be lacking energy and nutrients it needs to recover. It is important to replace carbohydrates, sodium and potassium that are lost during exercise. Protein may also be needed to aid in muscle repair.

After a hard workout or taxing sporting event, be sure to have a nutrient-rich snack or meal within 15 minutes to an hour.”

Obviously, there are countless snack ideas that contain both carbs and protein and could be described as a ‘nutrient-rich snack’  … but they’re not all created equal. Following are some of the best foods to eat after exercise to be sure you’re supporting (and not sabotaging) your fitness goals.

This one is controversial, as the benefits of milk are debatable. However, if you’re a milk drinker you might be interested to know research has found those who drank chocolate milk after a vigorous workout built more muscles, lost more fat and improved their aerobic power more than those who drank a carbohydrate-only drink. If you choose to go with this one, I recommend using organic raw milk and add your own organic chocolate.[ii][iii]

Greek yogurt is especially high in protein for muscle repair, while adding in some fresh fruit (like berries or a banana) gives you healthful carbs. Opt for plain Greek yogurt and add in your own fruit at home to avoid added sugars.

This satisfying snack is quick and tasty, while providing you with just the right amount of carbs, protein and fat. As stated by the American Council on Exercise (ACE):[iv]

“Banana is high in fructose (fruit sugar) and a high-glycemic carbohydrate that the body can quickly convert to energy. When you enjoy it with a small amount (1 tablespoon) of almond butter, you add protein and just a small amount of healthy fat.”

Grab a whole wheat pita and stuff it with a small amount of black beans, avocado, salsa and cheese for an optimal mini recovery meal. If you’re watching your carbs, you can also make this in a bowl without the tortilla.

2. Half a Turkey Sandwich

Turkey on whole wheat with veggies (red pepper, tomato, spinach) and hummus (if you’re a fan) gives you an energy-boosting combination of protein and carbs.

Whey protein is an easily digestible, rapidly absorbed protein. Research shows that consuming whey protein within two hours of a workout appears to “maximally stimulate MPS [muscle protein synthesis]”.[v] Plus, it’s easy to add whey protein to a smoothie with berries, water/milk and a couple of handfuls of spinach. You can also add in coconut water for electrolytes. Many people don’t have much of an appetite following a hard workout, so consuming your snack in liquid form is ideal if this applies to you.

6 thoughts on “The 6 Best Foods to Eat After Exercising”